Since her late husband’s passing, Bonnie has applied her time, energy and efforts into serving her church family and neighbors. She lives in the small town of Berthoud, Colorado, with a population of roughly 8,000 people. However, fewer people does not mean less need for Jesus!

Social distancing guidelines have put most of her regular activities on hold, but she will not stop finding ways to minister to the people around her and spending time in prayer for them. Bonnie checks in on her neighbors while she walks her dog through the neighborhood, often by chatting from the sidewalk or their patio.

Bonnie has been spending more time in prayer and Bible study since her usual routines have been disrupted by health precautions. In her prayer times, Bonnie says she feels a heaviness in her heart for the sin, suffering and pain in the world. The Covid-19 pandemic has made the pain of humanity even more evident. 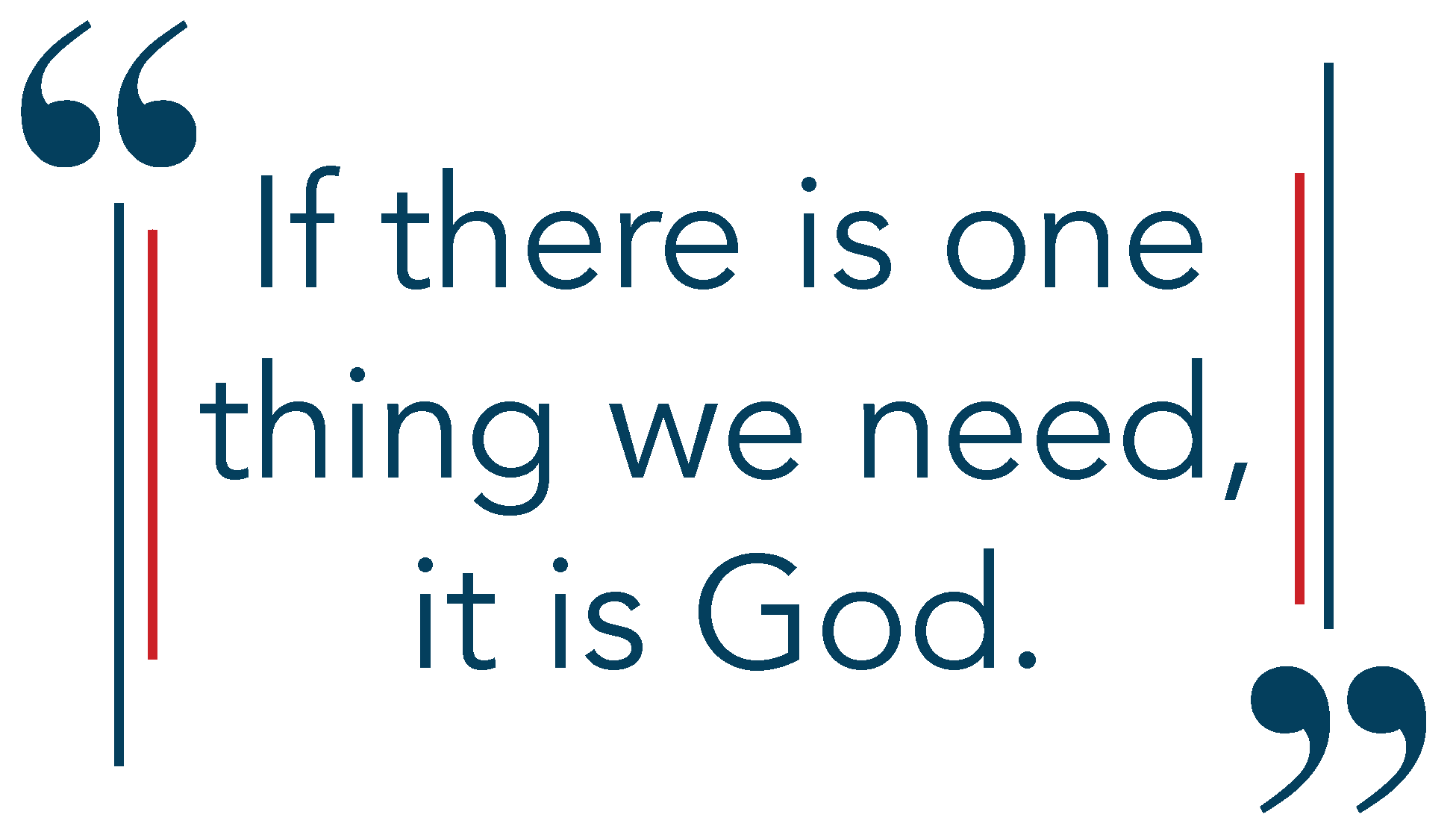 “If there is one thing we need, it’s God,” Bonnie said. “We all need to do something, and we need to encourage others.”

At 88 years old, Bonnie is still mobilizing prayer and lifting up her family, community and nation to the Lord!

Before the National Day of Prayer, Bonnie reached out to her friend Gina Gibson, the Wyoming state coordinator and national area leader for the NDP Task Force, and asked for some of the NDP prayer guides. These prayer guides became another way to serve the people in her life. Bonnie is an appointed shepherd in her church: a position where she is given responsibility to reach out to and care for a handful of other members.

She sent the people in her ‘flock’ a prayer guide with a note encouraging them to participate in prayer on NDP.

On the National Day of Prayer, Bonnie handed out NDP prayer guides and notes to her neighbors as well. Several told her they prayed through the prayer guide. One woman, Jan, showed Bonnie where she opened her Bible and looked up every scripture reference from the prayer guide!

In recent months, Bonnie has been meditating on the idea of starting a Bible study in her neighborhood. She attends church and participates in service in another town and she feels that she needs to be ministering in her own backyard. Her neighborhood community has widows, like Bonnie herself and other people who need the encouragement of the hope of Jesus. As she was giving a prayer guide to a neighbor, who is a pastor, suggested that they should start a neighborhood Bible study!

God is at work in Bonnie’s life, and she says that she wakes up every morning thankful for the time she has, and determines not to take it for granted.

“People are becoming more aware of the power of prayer,” Bonnie said. “We need to offer up our concerns to the Lord.”

“So I exhort the elders among you, as a fellow elder and a witness of the sufferings of Christ, as well as a partaker in the glory that is going to be revealed: shepherd the flock of God that is among you, exercising oversight, not under compulsion, but willingly, as God would have you; not for shameful gain, but eagerly.” -1 Peter 5:1-2