Glory Story: When The Lord Builds A House

An often-repeated quote within the NDP Task Force network is “Where God guides, God provides” from longtime NDPTF Chairwoman Shirley Dobson. Time and time again this word of wisdom proves true. This year, the Lord guided and provided a new path to prayer for Rhode Island State Coordinator Cheryl Russell.

Russell is in her 23rd year of organizing the capitol event in Providence, making her a seasoned intercessor and event planner. However, she refuses to rest in her own experience and capabilities. In January of 2022, she dedicated time and prayer to seek a fresh word from God’s heart for the 2022 National Day of Prayer observance in her state capitol.

“I don’t want to get comfortable doing it my way, how I’ve always done it,” Russell said. 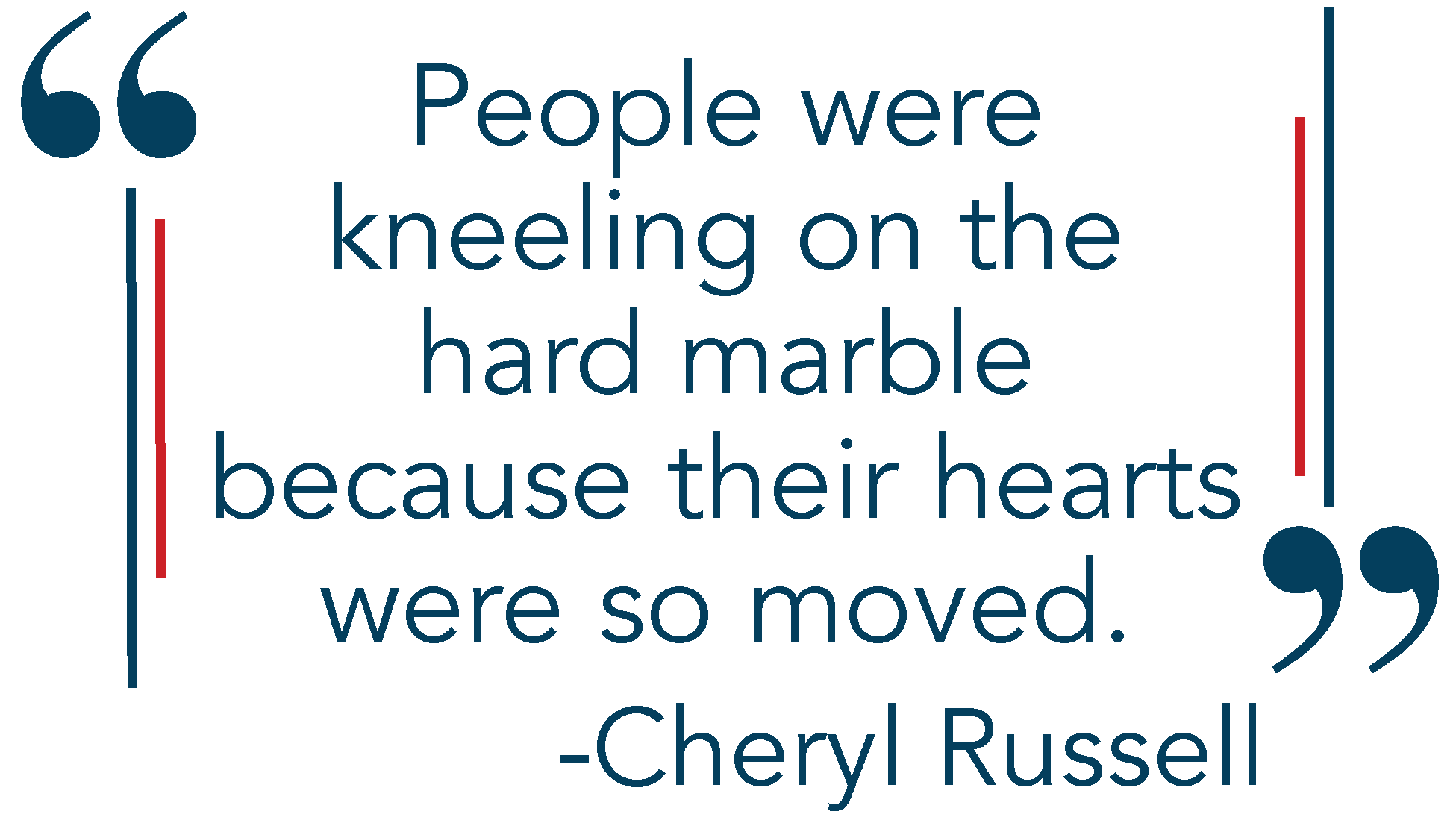 By the early spring she felt God calling her to a reset—to have a new purity of prayer by inviting children to lead the prayers for the seven spheres of influence on the National Day of Prayer. In obedience to this calling, Russell began reaching out to teen and youth groups to find young intercessors willing to pray on the National Day of Prayer. One by one they turned her down, for one reason or another. Confused and a bit discouraged, Russell went back to the Lord in prayer, asking for direction.

“I was stretched in faith,” Russell said. “I kept saying ‘I trust you Lord, this is what I believe I heard from you, but even then, please walk in spite of me.’”

The Lord gave her clarity—she was to invite children to pray, not young adults or teens. Russell exalted the Lord for the answer and set about contacting the parents of small children to extend the invitation to pray. Yet again, there were delays in receiving confirmations, but Russell pressed on in her praying and planning.

“There was no response from parents until the Monday of NDP week,” Russell said. “I waited on the Lord all spring.”

By the week of NDP, God provided seven elementary-aged children who were willing to pray for a sphere of on the National Day of Prayer. As the crowd gathered on the steps of the state capital building, the children started to get nervous. Russell sat with them and encouraged them to remember that they are just talking to God, not to the adults, not to Russell herself, but to Jesus, who loves each and every one of them.

“There was no pontificating from the podium—just the raw prayers from the hearts of the children,” Russell said. “It was a windy day, but I felt like their prayers were being blown across our state, to every corner.”

The smallest boy wrote his short prayer on the special lined paper that children use to learn how to form their letters properly. Just like the parable of boy with the few loaves and fish, this young intercessor brought his best handwriting and best preparation to the feet of Jesus in prayer.

After each child had prayed, Russell invited teachers and pastors in attendance to pray over the children as the future leaders of Rhode Island.

“People were kneeling on the hard marble because their hearts were so moved,” Russell said.

To her knowledge, this sort of National Day of Prayer event had never been organized in Rhode Island—she and the other participants exalted the Lord who guided her into this new idea and provided the pure prayers that had been promised.

"Unless the Lord builds the house, those who build it labor in vain. Unless the Lord watches over the city, the watchman stays awake in vain." Psalm 127:1