Believers in Columbus, Nebraska spent their second year observing NDP from a new location: the crossroads of the two main highways in town.

With Covid restrictions, there would be none of the usual observance elements: no guest speakers, no choir performances, and no special 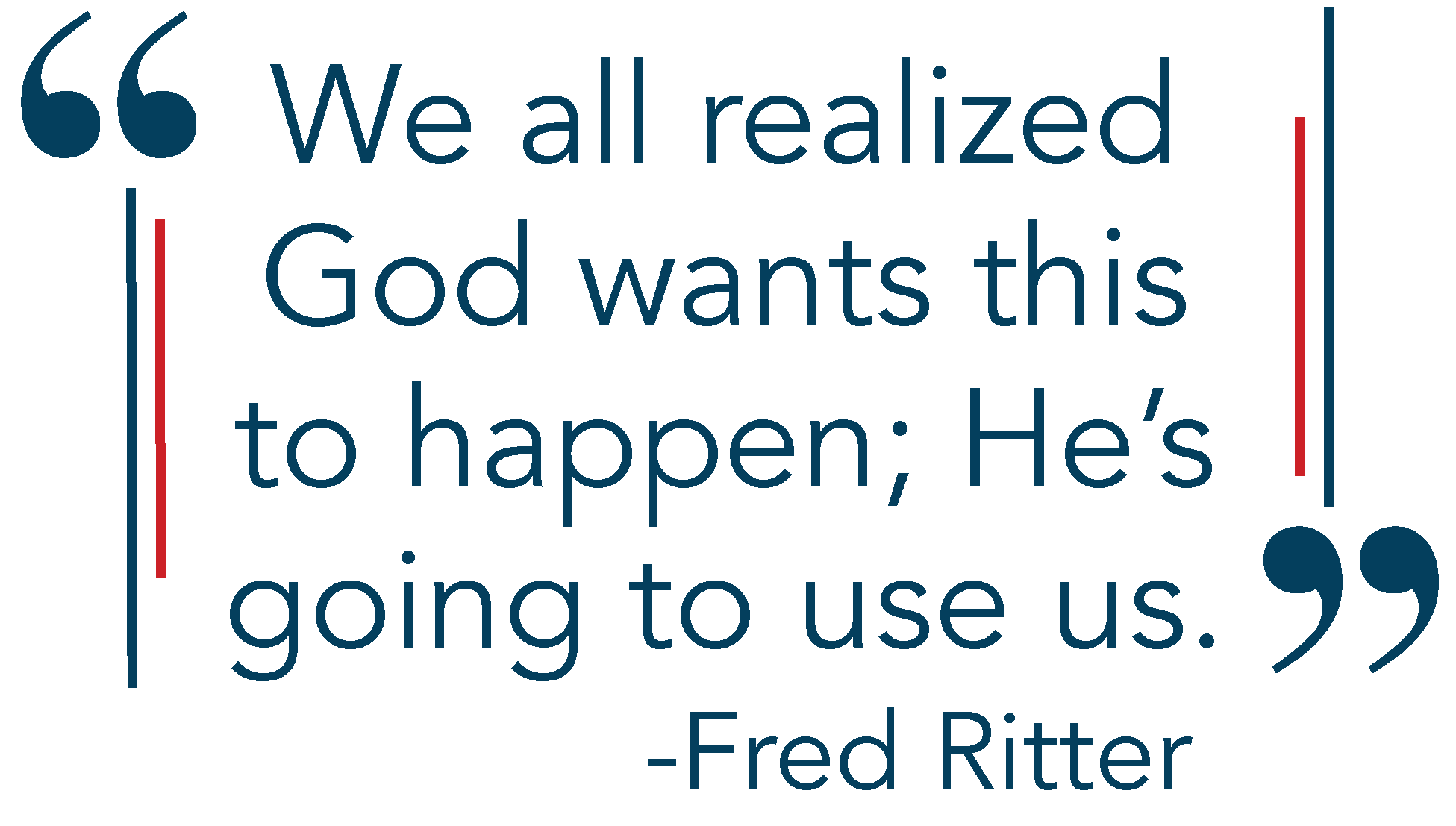 event venue. Fred Ritter, who has been helping organize the Columbus event since the early 2000s, felt discouraged when he met with the NDP planning team.

“We were almost ready to kick the can down the road and go well, let's just do it next year, and then all of a sudden it was like the Holy Spirit just came into the room and whipped around and just flipped it around,” Ritter said. “We all realized God wants this to happen; He's going to use us or He's going to use somebody else, so we're going to do this.”

The Lord used the willingness and faithfulness of these believers to engage people of Columbus in prayer in a fresh way!

In 2020, the Lord opened up the opportunity for an outdoor NDP event in a grassy area near a busy highway intersection. Ritter played prerecorded prayers from half a dozen local pastors on a large sound system that allowed people driving on the road to hear the prayers. Participants brought signs to hold up along the road with things like “pray for America”, “Pray for our leaders” or “pray for families” written on them.

Even as Covid restrictions persisted into 2021, the Lord continued to shine His favor on the people gathered on the green space to pray together. Ritter and his team saw this favor through a woman named Sofie, who had recently moved to Columbus from New Jersey with her son and didn’t know a single person. On a Thursday evening in early May, she was on her way to Walmart when she saw a large crowd gathered by an intersection and pulled over to check it out.

“She stopped and joined the worship and prayers,” Ritter said. “When she found out this was a community wide event sponsored by a community of believers from many area churches, she was blown away.”

Afterwards, Sofie connected with one of the prayer leaders, who then invited her and her son to join a local body of believers for worship the following Sunday. God used the NDP observance to bring a beloved believer into Christian community and encouraged dozens more passing by to pause and pray on the National Day of Prayer. 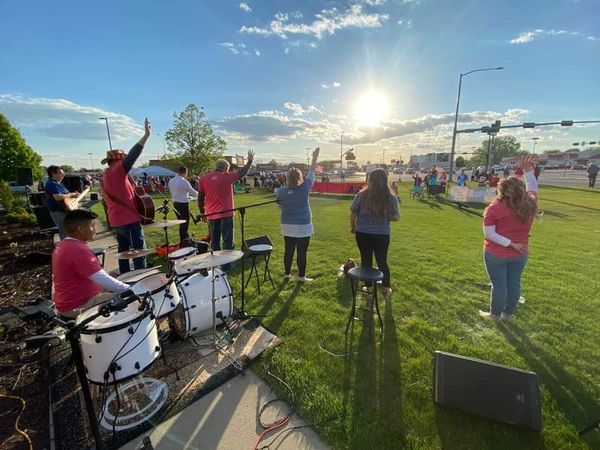 Before the challenges of 2020, the Columbus observance would be held at a local football stadium or other traditional ‘venue.’ There would be a full program complete with a guest speaker and performances by a community choir, children’s choirs and even high school drumlines.

Now with two years of observances in a more accessible place and the Holy Spirit stirring hearts with the focus on prayers in English and Spanish, people in Columbus are seeing God grow the desire for unified, fervent prayer.

“A lot of people were saying, you know, it's supposed to be about prayer and there wasn't a lot of prayer going on,” Ritter said. “So that's what we started doing, having people come in and pray the last two years and that's been really effective. Now no one wants to go back to the way we used to do it.”

“I rejoiced with those who said to me,