Glory Story: Prayer Across the Nation

The monthly Pray for America prayer call is a time for all believers to join in our shared faith and lift up both praises and concerns to our Heavenly Father.

January’s theme “70 Years, 7 Mountains and 50 States” started the 70th year of National Day of Prayer with two hours of prayer sweeping across the nation as leaders interceded for each state and two territories of the United States. Intercessors used the seven mountains framework to focus their prayers on specific types of needs. 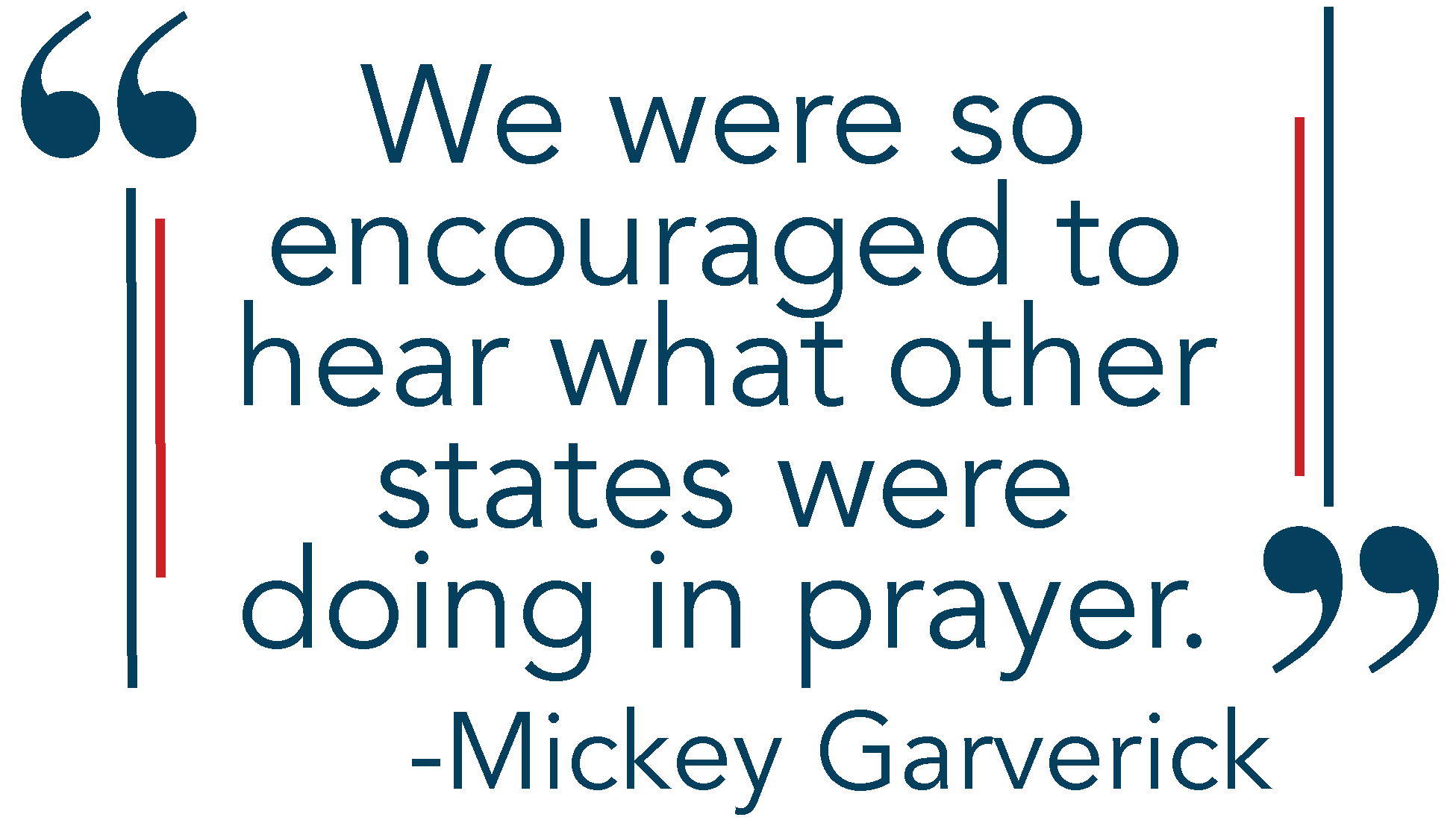 Almost every state coordinator represented their state before the Lord in intercession. In this way, someone who knew the unique needs of each state could lift them up before the Lord.

“It was good to be able to get on and see what I could learn about,” said Mickey Garverick. Mickey and his wife, Ruth, joined the PFA call for the second time since they discovered the call in December. “We were so encouraged to hear what other states were doing in prayer,” he said.

Co-state coordinators in Florida Dr. Maria Negron and Sophia Medina-Hickle prayed for the needs of their state. Among the many requests, Dr. Negron lifted up the business sector; specifically, the widespread unemployment in Orlando from the decline in tourists visiting attractions like Disney World and Universal Studios.

“Lord, cover these families, miraculously provide for them during their time of need,” she prayed.

The call also included a time of children in prayer as an effort to disciple the “Now Generation” in prayer. Callie, an elementary school student in St. Louis, prayed for the mountain of education during her prayer.

“Give wisdom to our administrators and patience for us kids when school days look really different,” she prayed.

This time of children participating in intercession is a great encouragement to seasoned believers who see younger Christians rising up to stand in the gap during prayer.

“Both times the children opened in prayer it was very different from most prayer groups, but it was very effective; they prayed effective prayers, and it was encouraging to hear them praying the scriptures they had memorized,” Mickey Garverick said.

Praying for all 50 states and seven mountains of influence was critical to starting the new year proclaiming God’s promises and lifting up needs over each state. Pain, suffering and new challenges touched every corner of our country in 2020; therefore, prayer needed to reach every corner as well.

Even though prayer leaders were from different states and came from different life situations, they came together to pray, united beyond borders by the love of Christ and their desire to see His Kingdom come on Earth as it is in heaven through the faithfulness of believers.

“For just as the body is one and has many members, and all the members of the body, though many, are one body, so it is with Christ.” – 1 Corinthians 12:12