Glory Story: Knock, And the Door Will Be Opened

A faithful few in Washington, Missouri followed God’s call to sow prayer into their community, and they are blessed to be reaping the spiritual benefits!

After foregoing the traditional NDP gatherings in 2020 and 2021, Jean Webb felt a call in her heart in the spring of 2022 to begin planning a prayer event for the National Day of Prayer.

“God just started opening doors that had never been opened before,” said Webb, who has been the NDP event organizer for her small town for several years. 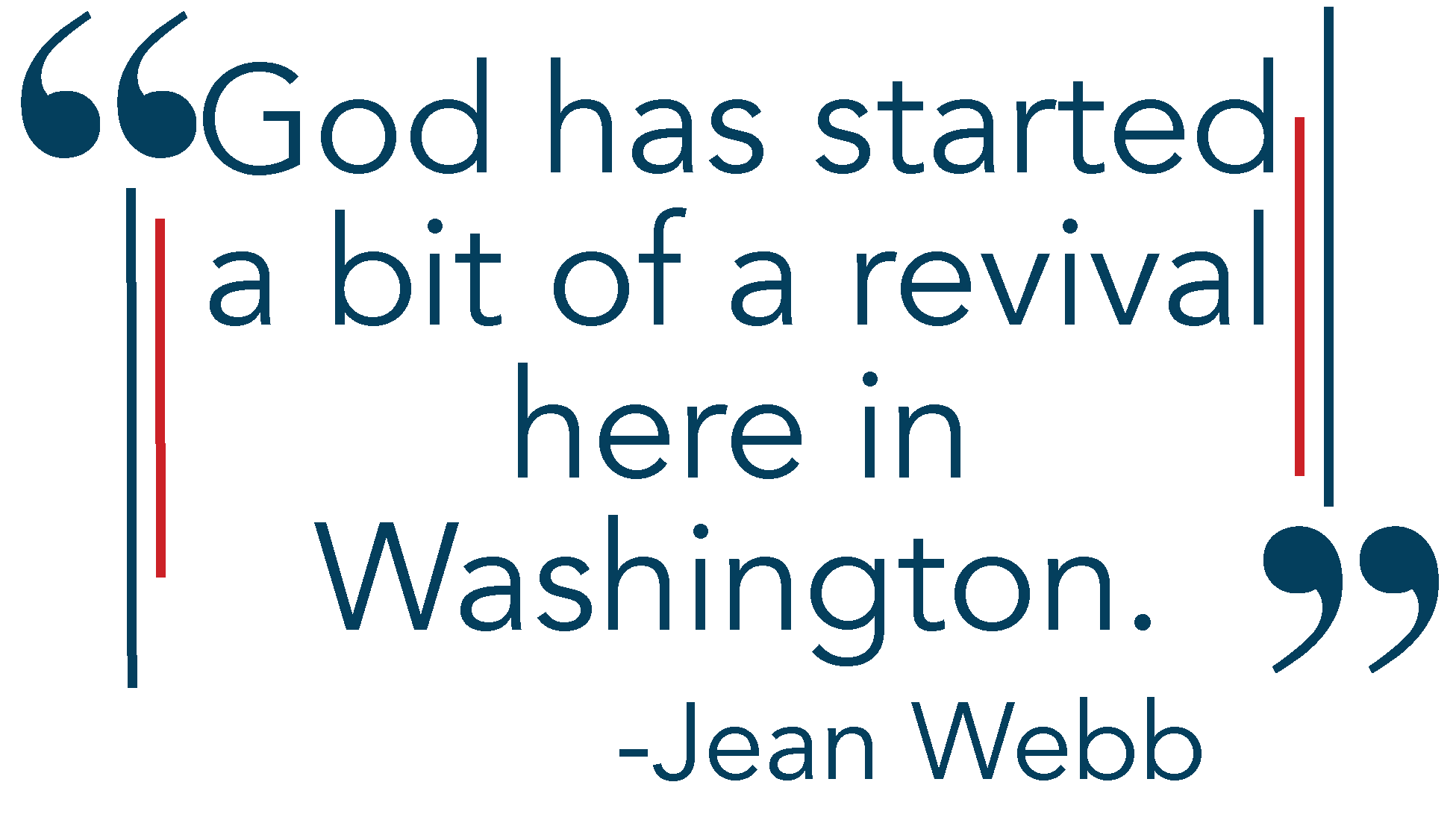 First, the Lord provided Webb with a co-laborer—reminiscent of Christ sending out the disciples two by two on their missions. Her co-laborer had great connections with the various ministers in their town, whereas Webb knows other town leaders. They extended an invitation to the pastors and shared the NDP Task Force promotional video with each one. Several decided to show the video during their announcements in the weeks leading up to the National Day of Prayer to encourage people to pray!

Webb continued to seek the Lord’s heart in prayer and knew that God was saying they weren’t done inviting people to pray.

“God put it on my heart to ask for a proclamation,” Webb said. “I asked, and they said yes right away!”

She contacted the city clerk and shared the NDP Task Force’s official ‘leader proclamation.’ She adjusted the wording to reflect the mayoral leadership and was overjoyed to receive the proclamation at a city council meeting—the first mayoral prayer proclamation to be issued in the history of Washington, Missouri.

The mayor himself presented the proclamation to Webb, and she used that moment to thank the city council and invite everyone in attendance to the NDP event. Little did she know, a reporter from the local newspaper noted the proclamation presentation and published an article about the National Day of Prayer and the details to attend the event in the newspaper. Normally Webb would submit information to the newspaper herself, where it may or may not be published, but this year the Lord strategically positioned her to receive coverage and event promotion!

On the National Day of Prayer, eight pastors attended from their different churches, along with three lay leaders, the city chief of police, chamber of commerce president, and an area director for Young Life, a Christian youth ministry.

“People were not only responsive, they were eager to pray,” Webb said.

The gathering took place at a neutral location—the local VFW building—in hopes that everyone would feel united and equal in the Holy Spirit. Each pastor prayed for an area of influence, and a few others joined in prayer, lifting up the needs of their community and the nation. Roughly 30 people attended the event, and many gave up their lunch hour to join and pray.

“This was the most powerful NDP; you could feel the Holy Spirit in the room,” Webb said.

After the event concluded the local pastors stayed behind to chat. They commented how this was a delightful and rare occasion to be united in prayer for the community they serve together. In the Sundays follow the National Day of Prayer, local churches have seen a significant increase in attendance and membership. One church has added twenty new members, and for a congregation that averages 100 in Sunday morning attendance, this is growth that only the Lord can bring!

“I just feel like God has started a bit of a revival here in Washington, Webb said. “God is doing something, and NDP is a part of it.”

“Ask, and it will be given to you; seek, and you will find; knock, and it will be opened to you. For everyone who asks receives, and the one who seeks finds, and to the one who knocks it will be opened. Or what person is there among you who, when his son asks for a loaf of bread, will give him a stone? Or if he asks for a fish, he will not give him a snake, will he? So if you, despite being evil, know how to give good gifts to your children, how much more will your Father who is in heaven give good things to those who ask Him!” Matthew 7:7-11 NASB 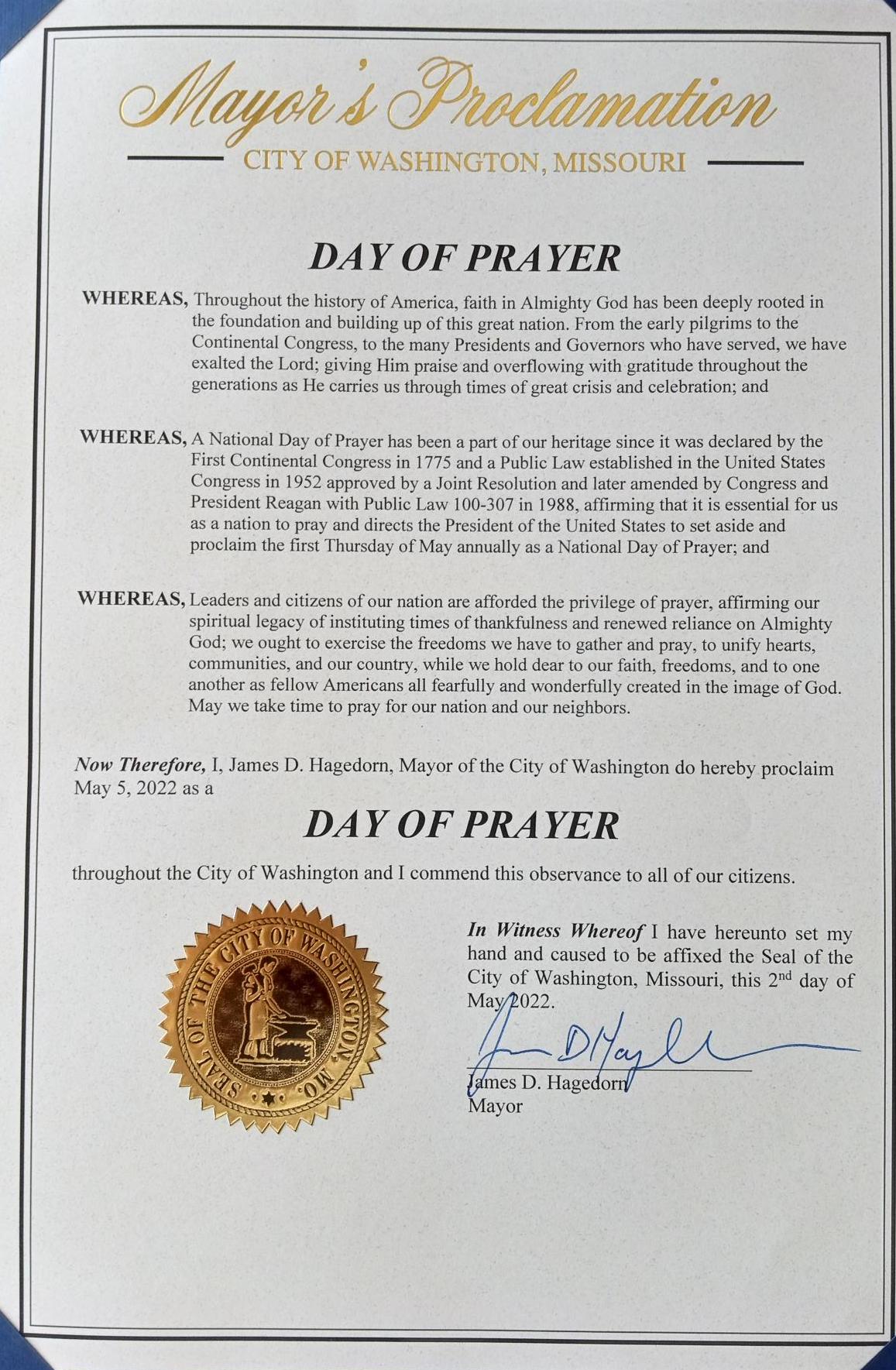