When event cancellations and closures began in the spring, Wyoming state coordinator and mountain region NAL, Gina Gibson, wrestled with the Lord. Her state has a strong history of praying on the steps of the capitol building, and she wanted to uphold that powerful tradition.

In the same way, Gina wanted to show Christ’s love for her neighbors by protecting the health of those vulnerable to covid-19. In addition to her prayer and consultation with other NDP leaders, she also sought wisdom and direction from the governor, Mark Gordon, whom she has cultivated a prayerful relationship with. 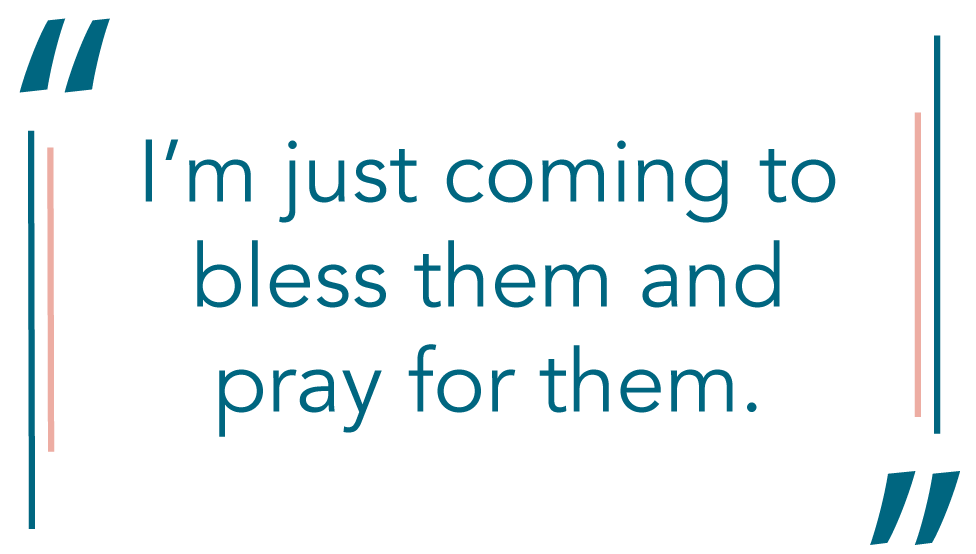 “I felt like I should go humbly and just ask for advice,” Gina said. “What should I do? I said, ‘I don't want to go against the governor's orders.’”

While on a faith leaders call with the governor, the Lord moved Gina to share a short statement: “Governor, I'm supporting what you've asked us to do. And I would never want to think that an outbreak of coronavirus could come from one of our prayer gatherings. I would be really sad if that ever happened. And so, you know, we're canceling our program—we’re going to come but we're going to practice social distancing.”

Following the faith leaders call, she went back to business as usual. When her phone rang a few hours later, Gina let it go to voicemail, with the intention of calling the person back.

As she opened the voicemail, she heard Governor Gordon’s voice, thanking her for joining the call and speaking as a voice of reason. “I’ll see you on Thursday,” he said. The first Thursday in May. The small, distanced gathering that Gina was planning at the capitol in Cheyanne would include the governor!

“On the day, he came outside, and he had on his mask, and it was really very touching to see him come out, but he looked very tired to me. But I asked him, ‘Would you just be the one that would read the national prayer for us?’”

Wyoming had a small in-person observance at the capitol building in Cheyanne, where the governor, his standard face mask in place, attended with a few security personnel, and read the 2020 national prayer. The presence of the Lord was strong on that blustery Wyoming day! 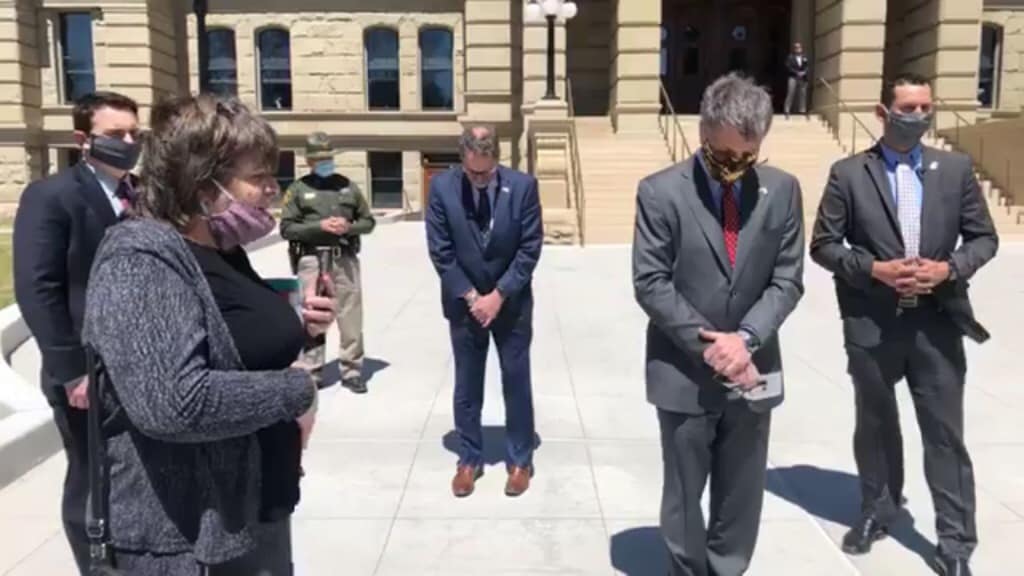 “I felt like the Lord said, ‘you need to tell your governor thank you, because he's trying to keep you safe.’ and then I said to the governor, ‘Could I offer prayer for you today?’ And he readily said yes--there was no hesitation. So I justprayed my heart for him and prayed protection, prayed wisdom, prayed over his staff,” Gina said. “They knew that we weren't there to lobby him about anything or to tell him what he should or shouldn't do. We were there to pray for him and to pray for his staff, from a non-political, non-judgmental platform, because he's somebody that God loves and wants to direct, and I felt like it was awesome to be able to do that.”

Gina leaned into the Lord’s guidance, and He opened up a way to safely pray over the state of Wyoming, and specifically a leader under immense pressure.

“It keeps those doors open with government, government officials, because they understand I'm not coming with an agenda. I'm just coming to bless them and pray for them.”

Then he said to me, “Do not be afraid, Daniel, for from the first day that you set your heart on understanding this and on humbling yourself before your God, your words were heard, and I have come in response to your words.” -Daniel 10:12

Check out this video to hear Gina tell share more about the observance!