Now in those days a decree went out from Caesar Augustus, that a census be taken of all the inhabited earth. This was the first census taken while Quirinius was governor of Syria. And all the people were on their way to register for the census, each to his own city. Now Joseph also went up from Galilee, from the city of Nazareth, to Judea, to the city of David which is called Bethlehem, because he was of the house and family of David, in order to register along with Mary, who was betrothed to him, and was pregnant. While they were there, the time came for her to give birth. And she gave birth to her firstborn son; and she wrapped Him in cloths, and laid Him in a manger, because there was no room for them in the inn.

In the same region there were some shepherds staying out in the fields and keeping watch over their flock at night. And an angel of the Lord suddenly stood near them, and the glory of the Lord shone around them; and they were terribly frightened. And so the angel said to them, “Do not be afraid; for behold, I bring you good news of great joy which will be for all the people; for today in the city of David there has been born for you a Savior, who is Christ the Lord. And this will be a sign for you: you will find a baby wrapped in cloths and lying in a manger.” And suddenly there appeared with the angel a multitude of the heavenly army of angels praising God and saying,

“Glory to God in the highest, and on earth peace among people with whom He is pleased.”

When the angels had departed from them into heaven, the shepherds began saying to one another, “Let’s go straight to Bethlehem, then, and see this thing that has happened, which the Lord has made known to us.” And they came in a hurry and found their way to Mary and Joseph, and the baby as He lay in the manger. When they had seen Him, they made known the statement which had been told them about this Child. And all who heard it were amazed about the things which were told them by the shepherds. But Mary treasured all these things, pondering them in her heart. And the shepherds went back, glorifying and praising God for all that they had heard and seen, just as had been told them. Luke 2:1-20 NASB 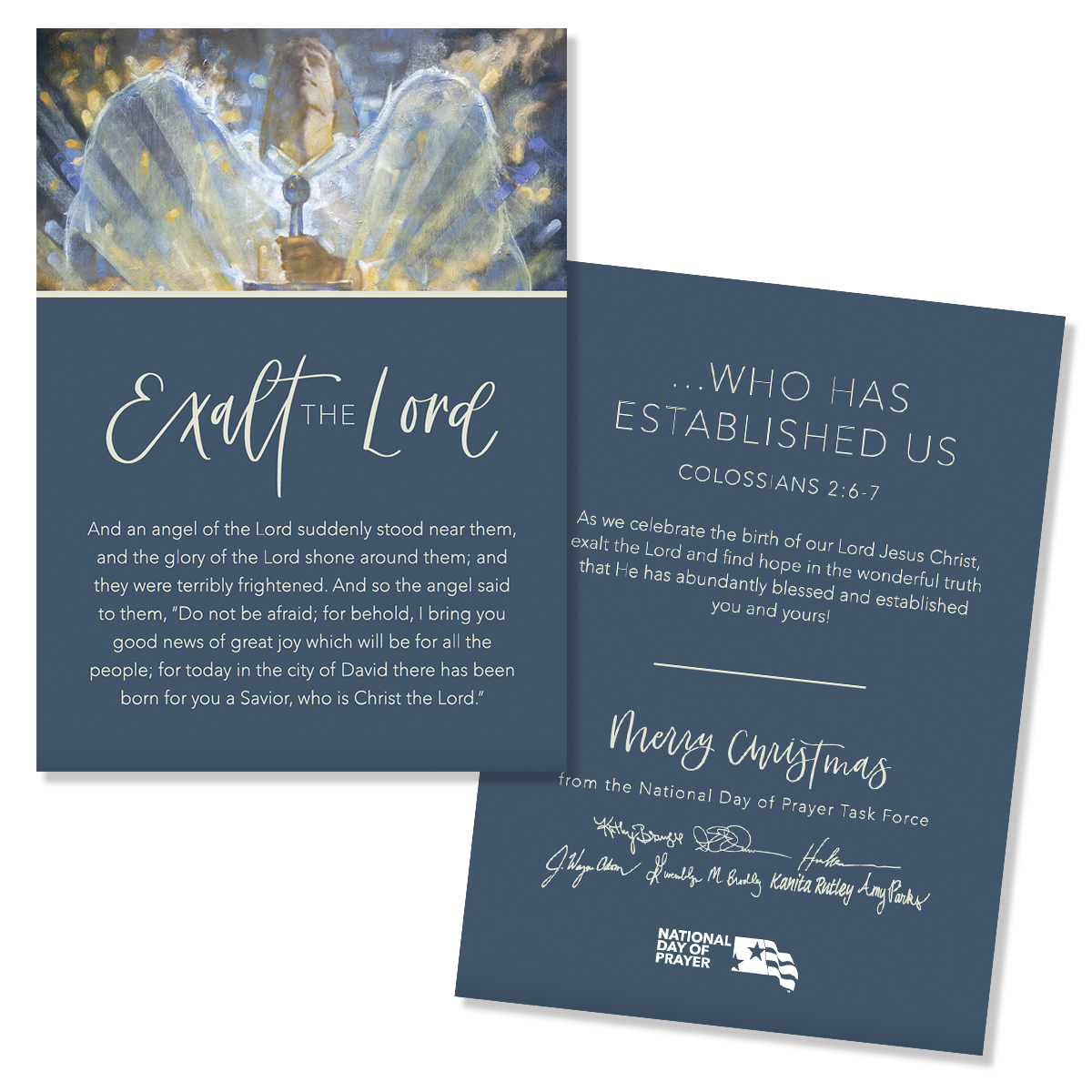 Between now and the end of the year, is the season when non-profit organizations like ours receive most of their annual financial support. As you consider where you will give your year-end gifts, we ask that you prayerfully consider supporting the National Day of Prayer Task Force as we mobilize unified public prayer for America, in every state, city, and county in our nation 365 days a year. Thank you for your generous support! Click here to give online, or make a donation using your phone by texting GIVE to 844-578-0204.

Please share this email and then copy and post the graphic below on your social media pages – help us get the word out! 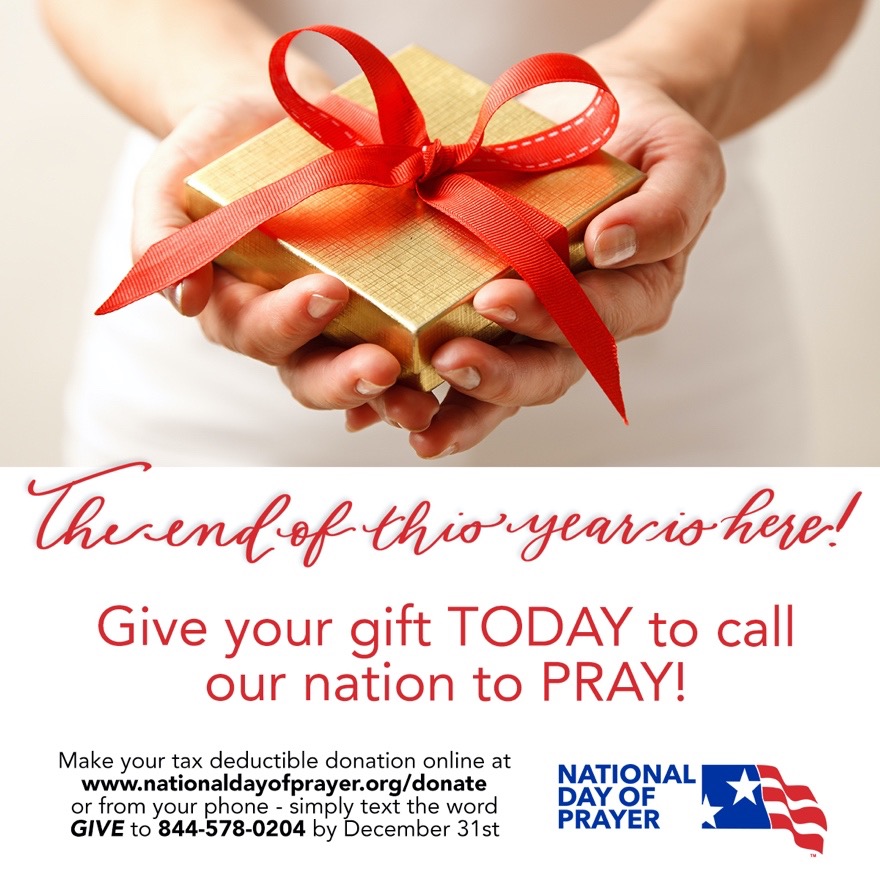