In Portage, Indiana, local churches and the mayor worked together with washed hands and prayerful hearts to ensure residents could safely observe the National Day of Prayer.

The Faith action network is a union of local Portage churches and non-profits who work together to bless the Portage community in both tangible and spiritual ways. With Covid-19 restrictions preventing close-contact gatherings in May, the Faith Action Network set up a video conference call with the mayor to discuss ways to still observe the National Day of Prayer.

“I believe it was our mayor who suggested that maybe we line up, socially distanced, down the main street of our town, and pray,” Hayden said. 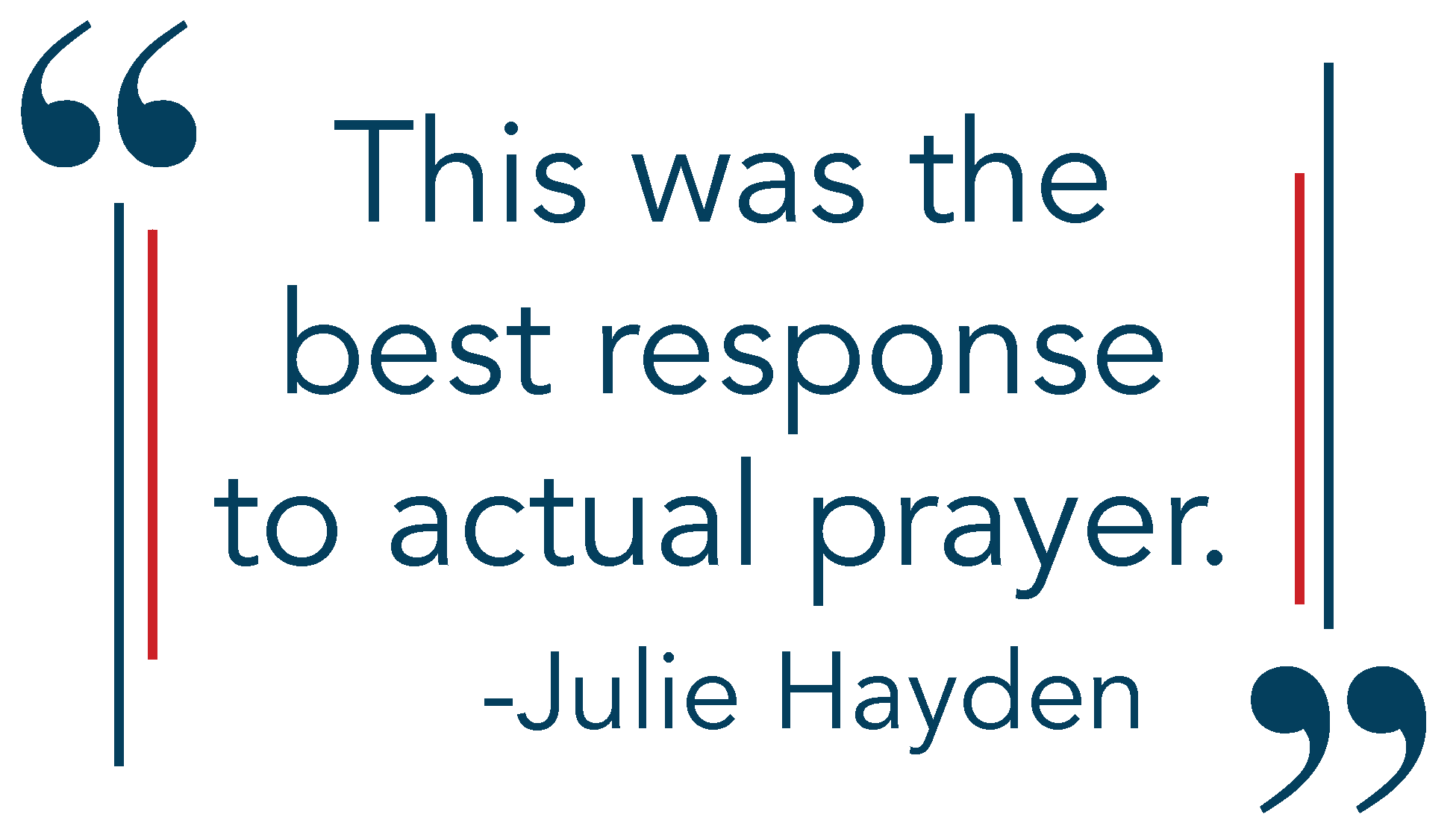 The event format would protect the health of participates, while also allowing a physical presence in the city while they prayed. The Faith Action Network loved the idea, and the NDP Prayer Chain was born. Churches across the city promoted the event in their virtual gatherings and shared the details on Facebook. Potential attendees were encouraged to download the NDP Task Force’s prayer guide, which included ways to pray over the seven mountains of influence and the national prayer.

As the sun climbed over Portage the morning of the National Day of Prayer, believers parked their cars and lined the street. Some brought small American flags, some brought signs to encourage passersby to join the prayer and others simply brought a chair to sit and pray. Pastors from various churches prayed over the seven mountains of influence. Participants prayed in agreement with their prayer guides or Bibles open.

This year’s prayer chain brought together 150 people for the hour-long event on the National Day of Prayer, the largest NDP event in Portage!

“It was the best response to actual prayer,” Hayden said.

In past years, residents in Portage observed the National Day of Prayer at the mayor’s prayer breakfast, where leaders spoke, ate together and the event ended with a closing prayer. After that, roughly 20 or 25 people would gather outside city hall for more prayer.

“Even though we couldn’t have the breakfast, it came out even better, because we started at city hall and went all the way to the fire station with people holding signs and praying for our residents and our city,” said Mayor Sue Lynch, who stepped into office in January. “This was significant, and I thought it was really important.”

Since NDP, the prayer life of Portage has continued to grow. Churches are supporting each other’s community outreach programs, and faith leaders are attending protests and rallies to pray, per the requests of the mayor.

“It’s a prayerful time in our country,” said Mayor Sue, as she is affectionately called. “The time are ripe for people connecting with God more.”

“Therefore, since we also have such a large cloud of witnesses surrounding us, let us lay aside every weight and the sin that so easily ensnares us. Let us run with endurance the race that lies before us, keeping our eyes on Jesus, the source and perfecter of our faith, who for the joy that lay before Him endured a cross and despised the shame and has sat down at the right hand of God’s throne.”

Click below to watch Pastor Julie Hayden and Mayor Sue Lynch share the story of the Portage NDP prayer chain!