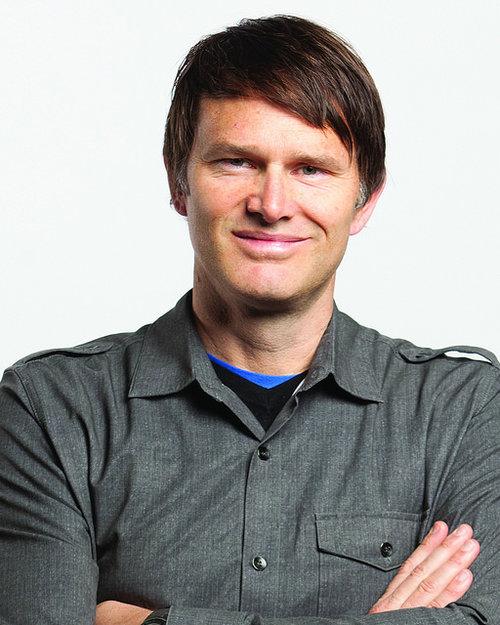 Andrew grew up in a strong Christian home, one of four sons of world evangelist and author Luis Palau. Andrew, however, chose his own way and did not make an early commitment to Jesus Christ. He attended the University of Oregon where the party life was a large part of his studies. After graduating with a degree in English literature, Andrew moved to Boston where he worked in retail for five years at the May Company.

In 1993, Andrew took vacation time to join his parents for Luis’ evangelistic outreach in Kingston, Jamaica. His father preached the same Gospel message he had heard him share hundreds of times, but this time was different. Having witnessed God’s presence in the lives of some Jamaicans he met, including Wendy Levy whom he later married, Andrew gave his heart to the Lord after 27 years of living apart from Him. Not long after the Jamaica trip, Andrew returned to Portland, Oregon, to serve as Luis’ personal assistant while he determined which direction to take his career.

He found he didn’t have far to go — he thrived when involved with his father’s outreach events. Andrew was instrumental in crafting the content of the first Palau festivals that marked a key shift away from the crusade model for evangelism. The first two festivals were staged in the Palaus’ home base of Portland, Oregon, in 1999 and 2000.

Before moving across the country to direct Washington DC’s event in the National Mall in 2005, Andrew directed festivals in Boise, Idaho, and South Florida. Now Andrew preaches at his own festivals around the world, from the United States to Rwanda, Romania, Egypt, Mexico, India, Poland, and Jamaica.

Andrew has shared the Gospel with millions of people, and at every opportunity he demonstrates his father’s same passion and love for Christ and for evangelism. In 2009, he joined Luis on his radio feature, Reaching Your World. Andrew’s two-minute messages are broadcast on 926 radio outlets every Friday. The full, gripping account of Andrew’s raw journey to faith is told in his debut book, The Secret Life of a Fool, available now. “There is power for change in Jesus Christ, the cross, His blood, His burial, and His resurrection,” says Andrew. “I long to see all people embracing His gifts of forgiveness of sins, the Holy Spirit to empower life, and the assurance of heaven for eternity.”

He and Wendy have three children, Christopher, Jonathan, and Sadie Anne. They live in Portland, Oregon, close to the world headquarters of the Palau ministry.