A Tribute to Shirley Dobson 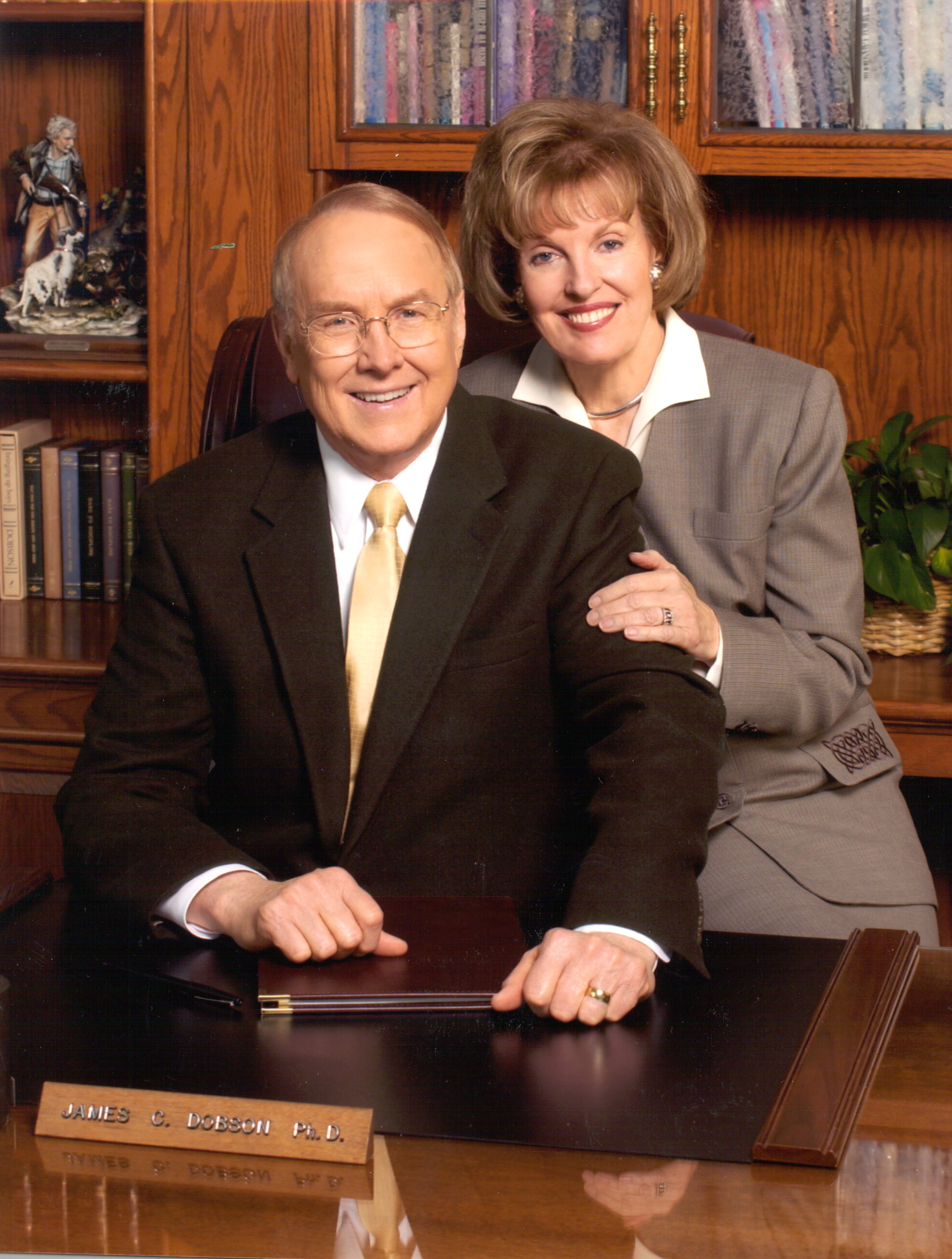 Almost every month since I left academia in 1977, I have written a letter to our listeners and supporters. Each of those letters dealt with a different topic of relevance to the family. They number more than 420 to date, and all of them are filed here at Family Talk. They chronicle the 33 years I spent at Focus on the Family, and now 6 years at Family Talk.

Never in those four decades have I devoted a letter specifically to my marvelous wife, Shirley. I think it is time to put her in the spotlight, because she is an incredible lady.

As some of you know, Shirley grew up in a dysfunctional family with an alcoholic father. Her mother and father divorced early on, and Alma was left to raise two children with no means of support. There was no “safety net” for struggling families in those days. Alma was a devoted and dedicated mother who was willing to do anything necessary to care for her kids, John and Shirley. Alma would rise in the middle of the night to work in a fish cannery as the boats came in. She also worked in a defense plant building airplanes. Alma became one of the first women to earn the nickname, “Rosie the Riveter.” I honor her memory today and express my appreciation for all the single parents who are courageously handling what I have called “the toughest job in the universe.”

One of Alma’s wisest decisions during the early years was to begin sending her children to a little Nazarene church in their neighborhood. Alma spent her Sundays washing, ironing, cooking, cleaning and “catching-up.” Shirley was at church one morning when a teacher named Mrs. Baldwin told her about Jesus and described how much He loved her. Several months later, when Shirley was six years old, she quietly knelt at an altar of prayer and gave her heart to Jesus. John made his own commitment to Christ about the same time.

Shirley learned to pray privately, and she began getting on her knees in her tiny bedroom at night and asking Jesus for two requests. She asked for a father who would love and care for her little family, and even at her young age, she asked for a godly husband who someday would care for her and love the Lord.

That first prayer was answered dramatically some years later when a man named Joe came into their lives. He was a good-natured, 37-year-old Navy vet who had never been married. He was a member of “the greatest generation” who grew up in the Great Depression. He worked in a coal mine and had to drop out of school when he was in the eighth grade. When he was older, Joe joined the U.S. Navy and served aboard the battleship, U.S.S. South Dakota. He fought at Guadalcanal, Iwo Jima, Okinawa, and Guam, among other horrific campaigns in the Pacific. He became the loving father Shirley and John never had. Joe was also a hard worker who was careful with money and made it possible for Alma to be a full-time mom. He was a godsend to his family.

Shirley’s second prayer request turned out to involve me, although we didn’t know each other. I lived 1,500 miles away in a small Texas town named Sulfur Springs. The chances of our paths crossing were most unlikely. My father was the pastor of a growing but small Nazarene church. After he had preached one Sunday night, he invited people to come to the altar and give their hearts to Jesus. When eight or ten men and women began walking down the aisle, I stepped in behind them and knelt at the right side of the altar. I was four years old, and I remember that night as though it were yesterday. My father came down from the platform and knelt beside me. He put his arm around me and prayed for me. I wept like the baby I was. That became the most significant moment of my life.

I was still living in Texas when I graduated from high school, but I decided to attend a Christian college in Pasadena, California. Two years later, a pretty freshman named Shirley Deere showed up. It didn’t take long for us to meet and begin dating. There is no doubt about it—we were made for each other. We had a storybook romance for the next three years. Shirley went on to become homecoming queen, senior class president, and nominated to Who’s Who Among American Colleges and Universities. I was captain of the tennis team and a good student. Furthermore, I was headed for a doctoral program at the University of Southern California.

After Shirley graduated from college, we were married on August 27, 1960. We both taught in public schools while I continued to work on my degree. That was 55 years ago, and we are still deeply in love today.

Let’s fast-forward now to 1989. We were having dinner one summer evening with Dr. and Mrs. Bill Bright, the founders of Campus Crusade for Christ. On that pleasant occasion, Vonette unexpectedly turned to Shirley and said, “As you know, I have been chairman of the National Day of Prayer Task Force for several years, and Bill and I have decided it is time now for me to step down. We have been praying about who should take my place, and are convinced that it should be you.”

Shirley’s reaction was emphatic. She said, “Oh Vonette, I am very busy as Jim’s wife and as a member of the board of Focus on the Family. I can’t take on anything else. I’m sorry, but I just can’t do it.”

A couple of weeks later, Shirley began hearing from the Lord Himself. Without words, He said, “Shirley, you didn’t talk to me about Vonette’s request.”

After squirming and arguing with God for a time, Shirley accepted the call. But before doing so, she made two “bargains” with Him. First, she asked as confirmation that Vonette would spontaneously ask her again. Second, she wanted me to agree that she was doing the right thing.

A few days later, Vonette called to say again that she and Bill still felt strongly that Shirley should be her successor. The first “fleece” was in place. Shirley still had one way out. Considering how busy we both were, she was quite sure I would tell her not to take the assignment. Instead, I said immediately, “Shirley, what more important thing could you do with your life than call the nation to prayer? I definitely think you should do it.”

Shirley was committed, and she accepted the charge willingly. She began her term of service on May 2, 1991, and she has been marvelously effective ever since. Her influence has been profound. On May 7, 2015, there were 43,000 prayer gatherings in this country, and others have sprung up in nations around the world.

On the upcoming National Day of Prayer, May 5, 2016, Shirley will celebrate 25 years of service during the annual event in Washington, D.C. I hope many of you will join us at the Cannon House Office Building near the nation’s Capitol. It will be a glorious event.

On a personal note, let me say directly, “Thank you, Shirley, for being my wife, my partner, my friend, and my spiritual companion for more than 55 years. You have also been a wonderful mother and grandmother to our children and grandchildren. You are truly a woman of substance.”

I’m reminded tonight of the words spoken at our wedding ceremony on that hot August night when we wed. Though these classical phrases will be familiar to many of our readers, perhaps reviewing them will help us remember the solemnity of this biblical ceremony. Listen to the echo from centuries past.

We are joined together in the sight of God and in the face of this congregation to join together this man and this woman, in holy matrimony, which is an honorable estate, instituted of God, in a time of man’s innocence, and therefore is not by any to be enterprised, nor taken in hand unadvisedly, or lightly, or wantonly, but reverently, discretely, soberly, and in the fear of God. If any man can show any just cause why they may not lawfully be joined together, let him speak, or else forever hold his peace.

After my father had finished leading us through our marriage vows, he prayed for us. His prayer on that blessed occasion survives to this day, as follows:

O eternal God: We bring You our children, Jimmy and Shirley. They were Yours, but You in love did lend them to us for a little season to care for, to love, and to cherish. It has been a labor of love that has seemed but a few days because of the affection we bear them. Fresh from Thy hand they were in the morning of their lives. Clean and upright, but yet two separate personalities. Tonight we give them back to You—no longer as two, but as one flesh. May nothing short of death dissolve the union here cemented. And to this end let the marvelous grace of God do its perfect work!

It is also our earnest prayer for them, not that God shall have a part in their lives, but that He shall have the preeminent part; not that they shall possess faith, but that faith shall fully possess them both; that in a materialistic world they shall not live for the earthly and temporal alone, but that they shall be enabled to lay hold of that which is spiritual and eternal.

Let their lives together be like the course of the sun, rising in strength, going forth in power, and shining more and more unto the perfect day. Let the end of their lives resemble the setting of the sun, going down in a sea of glory, only to shine on undimmed in the firmament of a better world than this. In the name of the Father, and of the Son, and of the Holy Ghost. Amen.

Every element of this prayer spoken 55 years ago by my godly father has been fulfilled for Shirley and me. Now we seek to “press toward the mark for the prize of the high calling of God in Christ Jesus” (Philippians 3:14).

Thanks for reading along with me this month. I would appreciate hearing from any of you who might want to congratulate Shirley on the occasion of her 25th anniversary as chairman of the National Day of Prayer Task Force. I will see that she receives your cards or letters.

As you may know, Vonette Bright worked in the 1980s with Congress and President Ronald Reagan to found the modern day prayer event. They set the date as the first Thursday in May, each year. She went to be with the Lord on December 23, 2015, and we will all miss her greatly. She was a saint, and millions of people have been touched by her life. But we will see her again.

I will close by reminding you of the financial needs of this ministry. Because the deadline for tax season falls in April, it is a difficult time for many churches and ministries, including ours.

Blessings to you all.