An Event Protest Can Be God's Opportunity

The story I share (sent by an NDP volunteer who, due to the nature of this story, will remain anonymous) is a situation that could occur in any state, any city. It is evidence of the statement that people won’t always remember what you said, but they will always remember how you made them feel.

Approaching the start of our National Day of Prayer 2018 event, a situation arose regarding an older couple who showed up with a few different signs denying God and against our gathering. They sat on a bench smack in the middle of the Superior Court landing area about 15 minutes before we began.

Someone came over to me and said "We have a problem!" Ah, I love a challenge. "Get 'em God!" was my heartbeat. 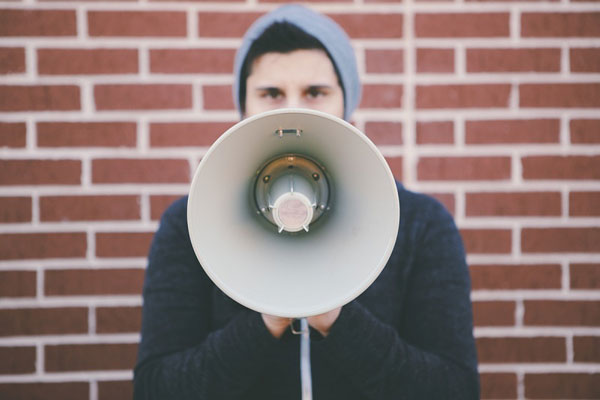 So, the Holy Spirit had me send a couple cute kids over to them offering cookies, then another with bottled waters, then NDP programs. They didn't accept anything but I could see their hearts softening.

I walked over, thanked them for coming, and told them we had a permit to be there, and they were welcome.

I was suddenly led to ask if he had served in the Military. "Thank You Lord for giving me that question!"

"Why do you want to know,” the man angrily replied. “What business is it of yours?" (You can imagine this scenario!)

"Well... well," I answered, "I just wondered if you did." Then out came: "Thank you so much for your service!"

At that, he muttered "I served in the Army." I told him that my Dad did, too in WW 2. I continued "Because of people like you, we are safe and get to have freedom of religion in our nation and observe this day passed by Congress in 1952."

I needed to get up on the front steps so I again said "You are welcome here." (The Holy Spirit showed me when I first walked up to them that the woman was a verbally abused wife and did not want to be there.) I could tell she really appreciated the gentle way God instructed us to handle the situation and not embarrass her. She gave me the most beautiful little smile of relief!

Oh my, that was not at all what the man expected. They lowered the signs they were holding . . .

After the opening with the veterans leading the Pledge and singing "God Bless America," I looking at them directly and smiled during the opening prayer. Then during worship, I silently prayed that they would feel God's love. They quietly got up during the third anointed worship song and left.

My pastor followed them down the street a bit and I could see him speaking with them. Afterward I asked what he said, "I thanked them for coming and told them I wished some of the people at my church were as courageous to take action for what they believed in with Christianity as they are!"

I believe that man had a fresh, better impression about Christians after that. Love conquerors!

Ah the wonderful, irreplaceable memories I have of all the years with NDP and different situations and personalities.

This couple even in disagreement were welcomed, treated with kindness and authentic love that originates in Jesus our Lord.

--Shared by Lisa Crump, the Vice President of Volunteer Mobilization and Liaison to Prayer Ministries for the National Day of Prayer Task Force