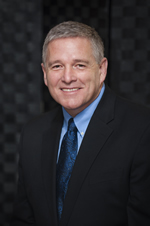 The other day, a friend of mine sent me an email containing an observation that he had made. He was questioning why so many in the church seem to use two particular verses in Matthew, chapter 18, as texts to illustrate prayer.  His perspective was that they were not about prayer in specific at all, but in the context, of church discipline. Most will be familiar with verses 18 and 19, "I tell you the truth, whatever you bind on earth will be bound in heaven, and whatever you loose on earth will be loosed in heaven. "Again, I tell you that if two of you on earth agree about anything you ask for, it will be done for you by my Father in heaven.”

While he was correct, that Jesus did give these two examples in the context of discipline, the principle and examples were really instruction by Jesus on the power of authority and agreement.  Jesus’ authority, imparted by Him to us, was for the purpose of establishing His will, in any and all situations.  For the purpose of this article, I want to focus specifically on verse 19, ‘if two of you on earth agree about anything you ask for’. All it takes is two, agreeing together, on His word and His will. Our unity, one mindedness, and agreement as believers about His will are essential if we hope to represent His authority in asking.  And this is where unity in prayer and petition,  ‘asking’ if you will, come in.  The definition of the Greek word translated ‘ask’, is to ask, beg, call for, crave, desire, request, or require. Emphatic, authoritative ‘asking’, realizing who we are in Him, our authority as believers, and remembering Who He is! God Almighty! The One Who is able to do exceeding, abundantly, above anything that we can even ask or think!

So what does this have to do with the National Day of Prayer on May 1st? Everything! If we have been granted His authority to petition the Father in His name, and if just two of us can join together, asking, desiring and requesting that God move according to His will, and if we have been assured by His Word that it will be done – imagine, then, how pleased the Father must be, and how the heavens must resound with the cries of millions who assemble each year on behalf of America and her people! Imagine if millions of God’s people, who are called by His name, humble themselves and pray, and seek His face, and turn from their wicked ways on the National Day of Pray, what glory the Father would receive! And what transformation we would experience if together, we called upon God to tear down the strongholds of the enemy in the United States of America! Like the Israelites who circled the great, impenetrable walls of Jericho and who with one mighty voice let out a shout, and saw that mighty stronghold crumble into dust! The same God who was with them, is with us!

So join us this year! Make the National Day of Prayer a priority in your schedule! Join together with millions of other believers with one voice and unite together in prayer! Click here to fine an event in your area.