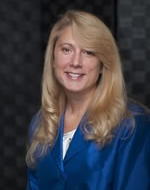 Greetings Prayer Warriors! I pray that your summer season is in full swing with picnics, time at the pool and family vacations filled with precious memories that will last a lifetime. For many people, just the mention of the word, “summer,” brings back memories of playing outside all day, sleeping a little later, camping, or a sweet change of pace from our otherwise hectic schedules throughout the school-year.

I have some sweet memories of summers gone by, but I also have memories of stress-filled summer days as my dad, an Air Force pilot, was “serving” away from home. I was known as a, “military- brat.” This was not a summary of my behavior, although I had my moments; but rather the nickname given to the children of those in the military. Years later, knowing that it was a difficult life, I was proud to become a military wife. I grew up in the “olden days,” before email, cell phones, Skype, Facebook and Facetime. When my dad was gone, he was GONE! These memories keep me on my knees praying for our military families, knowing that there are many families who are not focused on S’mores and catching fireflies this summer; they are just trying to get through the challenges of each day while their loved-one is away.

If you talk to any military family, they will tell you that as soon as their military spouse, in most cases a husband, leaves, there is an “enemy attack” that they have to face on the home front too. Inevitably, the washing machine, car or something else, breaks. It is not usually a quick or cheap fix. Ask a military family, and they will tell you about major losses, trips to the hospital, a significant change in their children behavior or sleeping patterns, and many more “battles,” they had to face and fight as their military loved one served away from home. The frontline and the home front would both be entrenched in “enemy fire.”

As I pull from my own memories to pray over military members and their families each day, I think about the Old Testament warrior. One of the Hebrew words for, “Warrior” is the Hebrew word that is transliterated “Gibbowr,” and is defined as: “champion, great, helpers, heroes, men of outstanding, mighty, strong, and valiant.” Those are some really great words that not only describe the Old Testament soldier but that also describe the men and women who are willing to serve and sacrifice so much for the liberty and safety of our nation today.

In addition, many of the Old Testament “valiant warriors” had armor-bearers. These brave servants served the warrior. They had a variety of responsibilities including carrying a large shield to cover the soldier and carrying a variety of weapons so that the warrior was prepared for a multiplicity of attacks and combats. The armor-bearer would sometimes walk ahead as protection and then rotate behind to make sure the job was done; protecting the warrior from everything from distractions to death. The armor-bearer acted as their close confidant, encourager and could strategize in the heat of battle to make sure the warrior could fight with optimum focus and strength.

I see today’s military family as a modern-day “Armor-bearer.” The military spouse and children protect their warrior with prayer and bravery, while also fighting the home front battles that could otherwise distract and discourage their military family member serving away from home. Our military men and women face dangers that many of us cannot even imagine. They risk their lives daily, while sacrificing summer memories, holidays with their family, attending their children’s school, sports, recitals and other events. They are not at home to deal with the broken appliances, trips to the hospital or principal’s office, natural disasters, and other home front crisis and yet they must maintain their focus and strength to complete their mission.

I want to leave you with several prompts; first, please continue to pray fervently for our military and their families. Secondly, if there are military families in your church or community, seek ways to serve them – be their armor-bearers. If you are close to them, offer to help with mowing the lawn, shoveling snow, childcare, bring a meal once in a while, or other ways that will lift their burden. I always love to see people randomly approach military members at the airport, restaurants or other places to thank them for their service. If you ever have the opportunity to say, “Thank you,” to our warriors, or their families, do not hesitate, they need to know you recognize and appreciate their significant service and sacrifices.

The National Day of Prayer Task Force sends our sincere thanks and prayers for our military members and their “armor-bearers.”