The Power of Prayer

Days before ringing in the new year, NBC Nightly News with Brian Williams ran a two-part report titled “Power of Prayer” — an overview of medical evidence revealing the positive, even miraculous, outcomes from believers praying.

The daily evening program, with more than 9.3 million viewers on average, is America’s most watched newscast.

In the report, investigative correspondent Cynthia McFadden interviews Father John Murray — a Catholic priest who stunned doctors by recovering from severe paralysis. The only remedy he can point to is he and his church community’s focused, sustained prayers.
“I was paralyzed from my chest down,” says Murray. “‘You should expect no voluntary movement’: that’s a direct quote.” Since then, he has experienced near-total recovery. - Click here to watch the video now 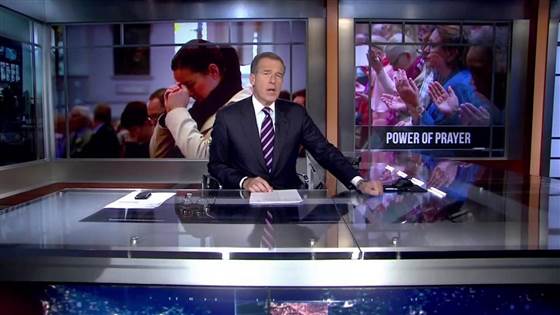