The Power of Prayer by Alex Kendrick 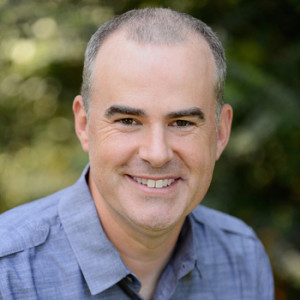 There is power in prayer. We grew up in a praying home, we’ve attended praying churches, and we’ve seen God answer countless specific prayers over the years.

When we were in high school our father and a few trusted friends believed God was leading them to launch a new Christian school in our area. To get started, of course, they needed desks, books, and the right location. But with little money, what they needed more than anything was faith. And prayer.

During those early days of the school, we watched how God rapidly guided and provided. A local church agreed to house the school and allow their facilities to be remodeled for the purpose. A local business donated free lumber. A volunteer ministry team from Tennessee showed up to help with construction. Within weeks, new classrooms and offices were completed. Another school called and offered books, desks, and chairs.

The timing was unbelievable. Soon we had students sitting in new classrooms, with books in their hands and teachers in front of them. Our father went on to serve as headmaster for two decades, watching the Lord continue to provide what was needed year after year. In the fall of 2014, the school celebrated its twenty-fifth anniversary, having impacted thousands of students and families for Christ through the years.

We witnessed answered prayers like these all the time. In 2002, following in our father’s footsteps, we were privileged to launch a Christian movie ministry at our church with no money, no professional experience, and no film school training. But we knew God could provide what we needed. And with the support of our church, we laid every need before Him in prayer. We had to write the scripts, find the right actors, secure the right equipment, pull off the entire production, and then obtain distribution.

God provided everything we needed at every level. Each of the five movies we’ve been part of producing has resulted from a long string of specifically answered prayers. We know we would have failed otherwise.

In our office we’ve created a “Wall of Remembrance.” Numerous framed pictures serve as visual reminders of God’s provision, each representing a clearly answered prayer. Among them is a picture of Alex as a young college student with a dream to make movies for the Lord. Another features a two-year-old orphan in Nanjing, China, that God guided Stephen and his wife to adopt. One shows a forklift on a train track that just happened to be nearby one of our movie sets, sitting idle behind a man’s house, right when we needed it. One other picture is of three brothers with their arms around each other, smiling, taken years after our father had prayed we would all be working together someday. Each picture represents a story of God’s faithfulness in our lives. It’s overwhelming to see them all together.

We know prayer works. We can’t deny it at this point. And we don’t want to. Answered prayers aren’t merely highly unlikely coincidences. They are fingerprints of a living, loving God who invites all of us to draw close to Him, the One who made us and “is not far from each one of us; for in Him we live and move and have our being” (Acts 17:27–28 nkjv).

We ask you to pray for us and for the film WAR ROOM as it opens on August 28th. We believe God has a mighty plan for how he will use this film and we pray that His will be done.
War Room - In Theaters August 28