The Heavens Declare His Glory

Wildfires have destroyed millions of dollars’ worth of property and livelihoods across the Western U.S. and have taken more than a dozen lives in 2020.

The Mullen fire in Southeast Wyoming started in late September and continued to burn through a remote national park and the surrounding areas. Gina Gibson, the Mountain States National Area Leader, had been helping her community marshal supplies for those affected by the fire, even as the smoke continued to hover over her hometown of Laramie.

“There has been so much smoke, it’s scary,” Gina said. 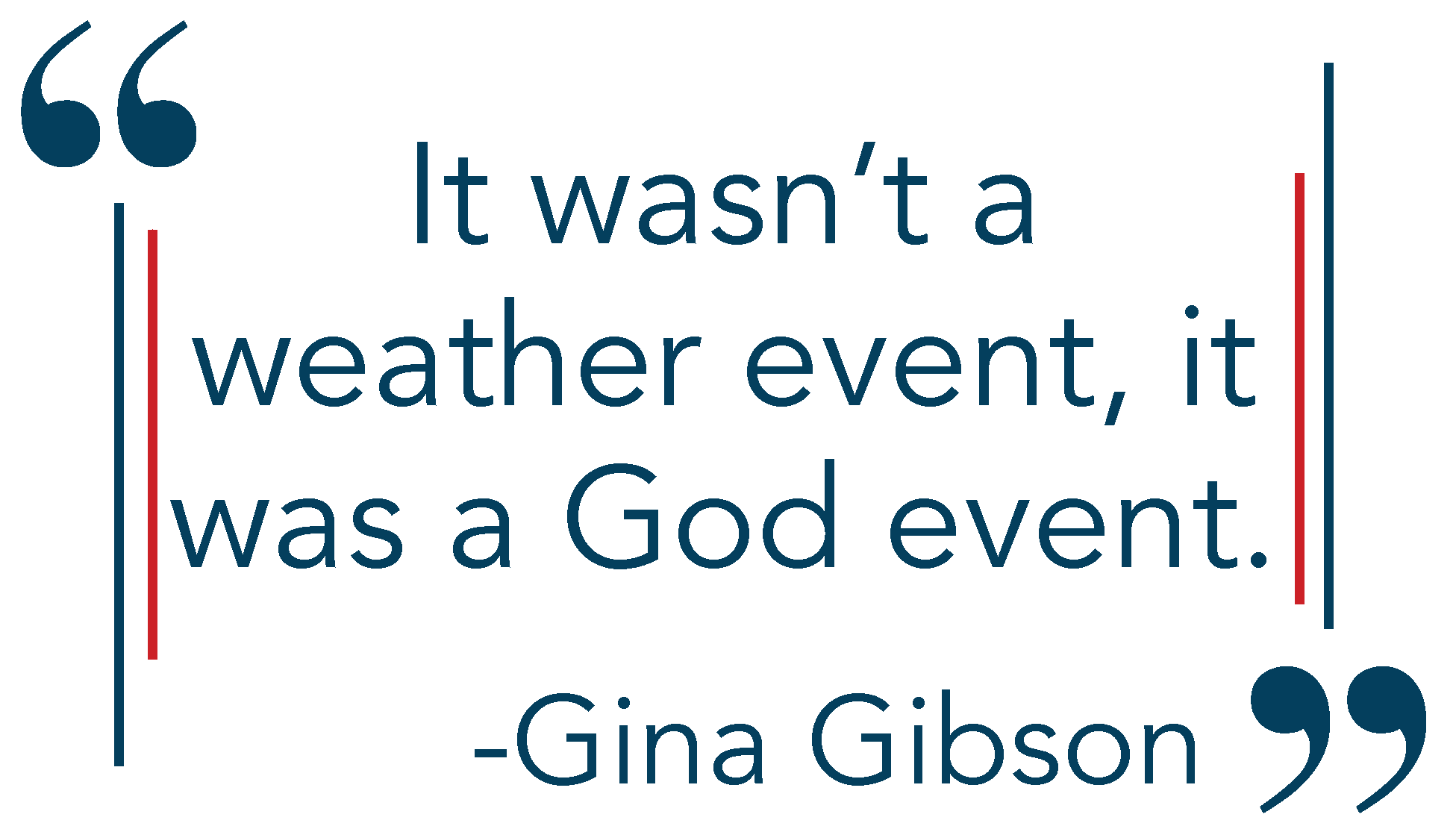 Early one Sunday morning, Gina was preparing for the daily Psalm 91 prayer call when felt the Lord press her heart to pray for snow. She knew it was not her own thought, because snow is not something she would normally want to ask for in prayer. However, she faithfully followed through on the Lord’s prompt.

“We got on the Psalm 91 call, and just cried out to the Lord, asking for snow,” Gina said.

After a powerful prayer call, Gina went about her Sunday morning like normal: she went to her church early to prepare for the children’s service. While she was inside the church getting ready, she mentioned to another congregant that she planned to take the children outside since the weather forecast that morning said it was going to be clear and crisp. The person advised Gina against it, telling her it was snowing outside.

“I asked her, ‘well, are you sure it’s not just ash?’ because sometimes chunks of ash from the fires blow in,” Gina said. “I looked outside myself, and yes, it was snowing! The Lord answered our prayer so quickly!”

Gina and the Psalm 91 prayer group praised God for answering their prayer! Later, Gina heard more details of the morning through an intercessor friend closer to the fire. The friend said she stood on her porch and watched the blizzard roll in, shocked, after a forecast of 0% precipitation. Even further, the blizzard moved right towards the fire!

“I do believe we saw a weather miracle,” Gina said. “It wasn’t a weather event; it was a God event. It really affirmed my faith, and inspired us to keep praying, because if God did it once he will do it again.”

While the snow did not stop the fire completely, it helped slow down the spread of the fire and saturate dead trees and branches that would be potential kindling. Gina and others in her community continue to pray for rain and snow, and raise support for the volunteer firefighters and people who have been affected by the fires in Southeast Wyoming.

He replied, “Because you have so little faith. Truly I tell you, if you have faith as small as a mustard seed, you can say to this mountain, ‘Move from here to there,’ and it will move. Nothing will be impossible for you.” -Matthew 17:20