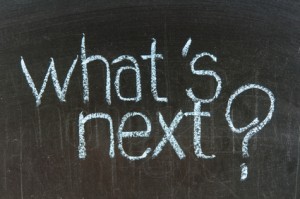 Universities facing lawsuits unless they remove their chaplains. Christian bakers, florists and photographers being fined and vilified in the press for their conservative views and practices. Soldiers court-martialed for promoting Biblical values. Restaurants owners confronted with denial of their lease because of their belief in traditional values.The religious symbols and traditions that have made our country a shining light in a dark world now disregarded and even disdained. First Amendment freedoms being challenged and eroded by militant anti-faith groups. What comes next?

This raises questions for those of us who must chart a course through an increasingly hostile society.

These once hypothetical discussions have now turned into harsh realities for people of faith, and they are serious matters of one’s conscience. Martin Luther, the leader of the Protestant Reformation, said, “To act against conscience is neither right nor safe.”

Lest you think the concept is only important to religious leaders, these are the words of Thomas Jefferson, principal author of the Declaration of Independence and touted by progressives for his alleged views on the separation of church and state:

“No provision in our Constitution ought to be dearer to man than that which protects the rights of conscience against the enterprises of the civil authority” (to New London Methodist, 1809).

“It behooves every man who values liberty of conscience for himself, to resist invasions of it in the case of others; or their case may, by change of circumstances, become his own. It behooves him, too, in his own case, to give no example of concession, betraying the common right of independent opinion, by answering questions of faith, which the laws have left between God and himself” (to Benjamin Rush, 1803).

“We are bound, you, I, and every one to make common cause, even with error itself, to maintain the common right of freedom of conscience” (to Edward Dowse, 1803).

The government’s role is to protect the Constitutional rights of individuals, not infringe upon them. Should a Jewish baker be forced to make a cake with a Nazi swastika? Or an atheist to do so with an image of the crucifixion? A gay person to inscribe, “God hates homosexuality?” Or a vegan restaurant owner forced to serve meals with meat? No! No! No! A thousand times, “No!” These may seem like insignificant concerns to some; however, the road is being methodically paved at an alarming rate. Thankfully, Members of the Congressional Prayer Caucus and the American Prayer Caucus Network are working tirelessly through their legislative leadership to ensure that citizens will not be trampled by those who seek to strip us of religious freedom.

Msgr. Charles Pope, pastor of a vibrant parish community in Washington, D.C. and Johnette Benkovic, Founder and President of Women of Grace, point out in a sobering article, that religious persecution takes place in five stages. What about Christianity in America? First, as the authors suggest, there are attempts to stereotype the targeted group – check! Second, there is a justification for hatred of the particular group – check! Third, the targeted group is marginalized in society – check! Fourth, the targeted group is criminalized, including their places of worship, businesses and educational institutions – check! Finally, there is outright persecution and even death – may! it never come to this, but are we ready to be fully engaged?

The days ahead are likely to require a shift from rhetoric to principled action. Are you prepared when it comes to your faith and conscience? May God grant us all the heart and determination of Joshua when he said, “…choose for yourselves today whom you will serve: whether the gods which your fathers served which were beyond the River, or the gods of the Amorites in whose land you are living; but as for me and my house, we will serve the Lord” (Josh. 24:15).