A Prayer for America by Dr. Henry Blackaby 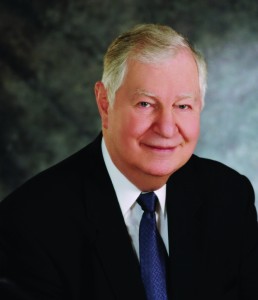 Oh Heavenly Father, You have made Yourself known to us as a nation by Your mighty works throughout our history.

From the beginning, You have been with us and through many wars and conflicts Your Right Arm has saved us.  We have been amazingly and graciously blessed.

Today, we confess our sin of not responding to Your right to rule in our lives and our nation.  We have despised and rejected Your will while imposing our own, and are now fully under Your judgments.  Draw us back to Yourself, that you may return to us once again. Without You we can do nothing.  You have promised that if we honor You, You will once again honor us!

For Your honor and glory we pray,

Born in British Columbia, Dr. Blackaby has devoted his lifetime to ministry. He has served as a music director, education director, and pastor in churches in California and Canada, as well as president of Canadian Baptist Theological College for seven years and president of the Canadian Southern Baptist Conference. He has provided leadership to thousands of pastors and laymen across North America and has spoken to missionaries and other groups in over ninety countries of the world.

Dr. Blackaby studied English and history at the University of British Columbia as an undergraduate and earned his B.D. and Th.M. from Golden Gate Baptist Theological Seminary. He holds four honorary doctorate degrees.

In 1970, Dr. Blackaby followed God’s call to pastor a tiny church in Saskatoon, Canada. Not only did Faith Baptist Church grow to many times its original membership, but it led to the founding of thirty-eight new churches and became a center for pastoral training.

Dr. Blackaby went on to serve on staff at the North American Mission Board of the Southern Baptist Convention. Through the Home Mission Board, he led revival and spiritual awakening in the life of the convention. He also served as special assistant to the presidents of the International Mission Board and LifeWay Christian Resources. Although he is now officially retired, Dr. Blackaby continues to provide consultative leadership in the life of the Christian community.

Blackaby has published an array of spiritually influential messages in his lifetime, most notably Experiencing God: Knowing and Doing the Will of God (1990), which has sold 7 million copies and has been translated into over 45 languages. His books, Experiencing God Together and Experiencing God Day by Day Devotional, both won the Gold Medallion Award.

Henry lives with his wife, Marilynn, in Rex, Georgia. He has five children (Richard, Tom, Melvin, Norman, and Carrie), all of whom are serving in Christian ministry, and fourteen grandchildren. His long-range goal is to encourage revival and spiritual awakening in the United States, Canada, and across the world through speaking, praying, enlisting, writing and mentoring. His hobbies are reading and traveling.