You Want Me To Pray For Who?

You have heard that it was said, ‘Love your neighbor and hate your enemy.’ But I tell you, love your enemies and pray for those who persecute you,that you may be children of your Father in heaven. – Matthew 5:43-45 [hr]

After the last elections, our vice-chairman, John Bornschein, wrote a poignant article, addressing the state of our culture, and just how wide the chasm of biblical truth and moral relativism has grown. Here is an excerpt from that article:

“Abraham Lincoln, quoting from the biblical passage of Mark 3:24, boldly stated that “a house (nation) divided against itself cannot stand.” The issues that divided our nation during the 2012 elections were of greater significance than the prevailing economic scrutiny. Rather, the moral values of the sanctity of human life, preservation of marriage, defense of Israel and religious freedoms became the overwhelming subject of many attack ads, speeches and debates. There seemed to be more emphasis on the definition of marriage and the defense of the unborn than ever before.

Clearly candidates aligned with opposing sides of the spectrum with no middle ground. Based on the arguments, life was described as either 1) sacred and meant to be preserved no matter what the circumstances or 2) life was a decision and not a right. Either marriage was described as one man and one woman as it was from the beginning, or it was left to interpretation and redefinition based on social moral relativism. In addition, there were clear divisions on the subject of Israel and religious freedoms.

Therefore, we must examine ourselves as a nation. Aside from party affiliation, the election was clearly a revelation of the values of the voter. Therefore, the problem isn’t as much in Washington D.C. as we would like to believe. The problem is in our homes, our communities, and even our churches. Indeed, the heart of the American people has changed.”

In plain language, we find ourselves living in a nation, and at a time, when seemingly, more than half of the voting population have beliefs and philosophies that are contrary to ours. In the spheres of government, military, family, education, media, business, and even in the church, it is becoming difficult to find people who hold to, and stand up for, a strong biblical world view. In such a contentious environment, those who ‘try to live godly’ will certainly make more enemies and experience more persecution.

The word translated ‘persecute’ literally means ‘to make to flee or drive away’. The idea, being to harass, trouble, molest or mistreat someone, until they give up or leave. So when Paul says in 2 Timothy 3:12, “The fact is, everyone who wants to live a godly life in Christ Jesus will be persecuted”, we can, as the old saying goes, ‘take that to the bank’! Not a pleasant thought, and it certainly doesn’t feel good! Deep down, we all want people to like us, but when we take a stand against ungodliness in our culture, many will stand against us. And when they do, we are to pray.

Knowing what to do is one thing, but doing what we know to do is quite another. When we pray, Jesus directs us not only to pray, but to pray with love. When we take a closer look at the word translated ‘love’ in Matthew 5, we find that it’s the same Greek word used in John 3:16 to describe God’s love for us, in John 3:35 to describe God the Father’s love for Jesus and in John 11:5 to describe Jesus’ love for Martha, Mary and Lazarus. Unconditional, never failing, always enduring love! You see, Jesus knew a little something about human nature. He knew that our natural response to ‘enemies’ and ‘persecution’ would NOT be prayer. He also knew that our prayers, if not sincere, would not ‘availeth much’. So He began with a command to love. You see, prayer, motivated by love, will always produce passion.[hr] 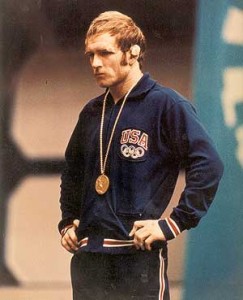