Support Our Freedom to Pray

For many, praying is an instinctive, soul-deep reaction to times of great joy, deep distress, and crushing grief. Prayer can 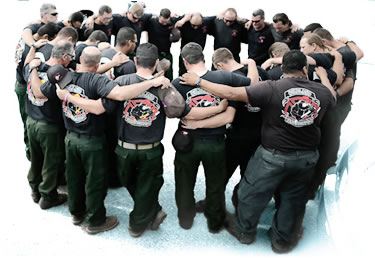 also guide and focus us in our daily lives, as we seek direction, comfort and blessing for the challenges that lay before us. Indeed for many, prayer permeates all aspects of life.

In the midst of the ongoing debate over the proper intersection of “church and state,” our own government leaders invoke the Almighty before launching a day’s legislative work, inaugurating a governor or president, or speaking to families reeling from natural disasters and brutal terrorist attacks.

America’s Founding Fathers recognized how crucial religious liberty is to our culture, and wove religious protections into our laws and government. They also took time to pray together publicly as they set about writing our Constitution.

Our legacy of prayer, and the very legal protections the Founding Fathers secured, is at risk. Town of Greece v. Galloway, an Alliance Defending Freedom case currently pending before the Supreme Court of the United States, asks the key question – will our government retain our Founding Fathers’ respect for public prayer?


The town council of Greece, New York has long opened its sessions with an invocation. Many volunteers from the community have chosen to pray. The invitation has been opened to everyone.

However Americans United for Separation of Church and State (AU), claimed a “religious imbalance” and filed a lawsuit against the town in 2008. The AU’s  clients took offense at the way people prayed. In an unfortunate opinion, the U.S. Court of Appeals for the Second Circuit ruled that, because Greece is made up predominantly of Christians, it may need to censor prayers or import others from outside the community.

AU and its legal allies want to eliminate public prayer or render those prayers meaningless by requiring the government to censor any language that could “offend someone,” including praying in Jesus’s name or to the God of David.

Alliance Defending Freedom together with lead counsel Thomas G. Hungar of Gibson, Dunn & Crutcher, LLP are representing the Town of Greece in this lawsuit.