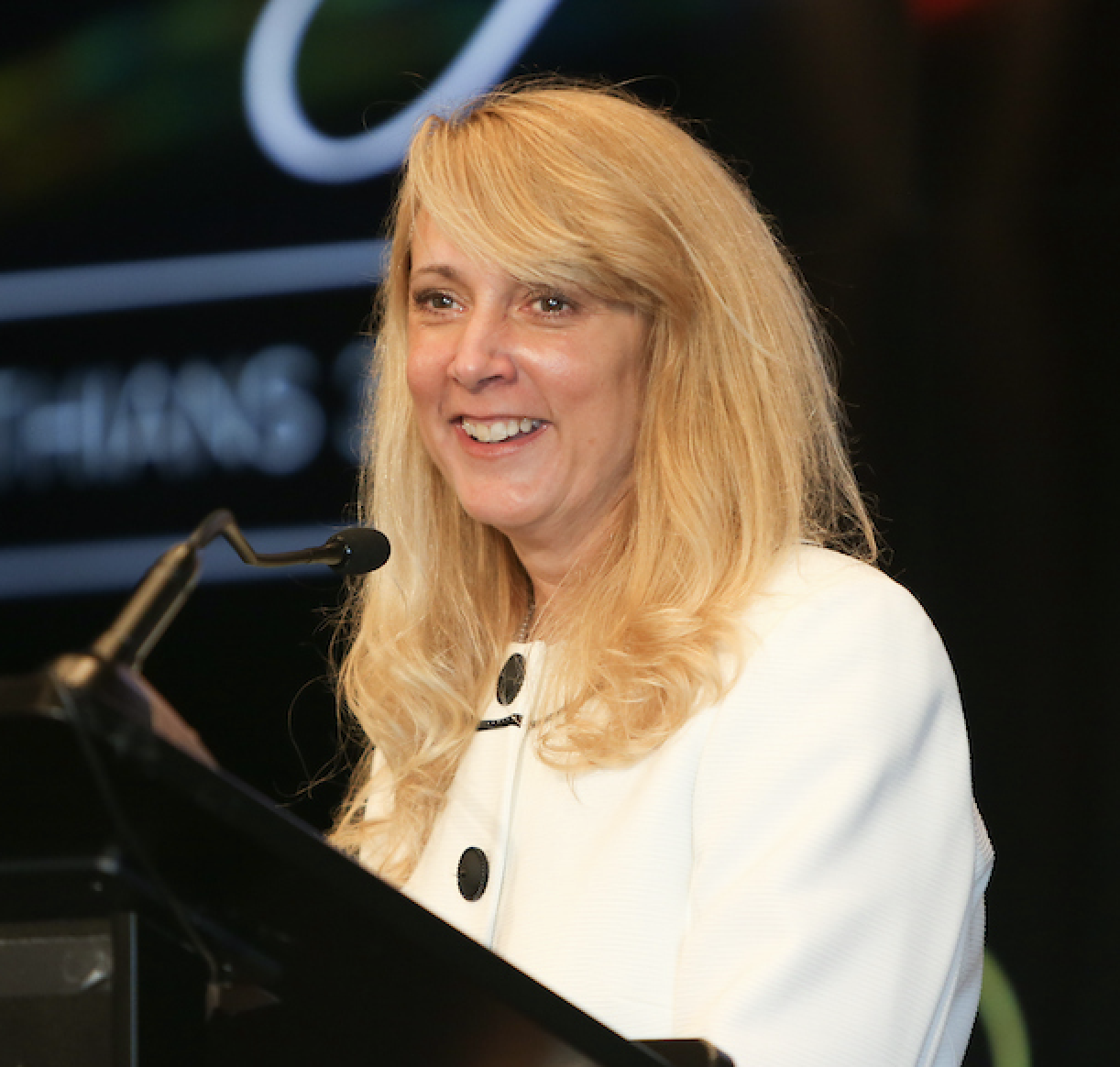 Kathy Branzell serves as the President of the National Day of Prayer (NDP) Task Force. She has served as a longtime member of the Board of Directors, having led and served alongside Vonette Bright, Shirley Dobson, Anne Graham-Lotz, and Dr. Ronnie Floyd.  Responding to a question about her history with NDP, Kathy remarked, “For 19 years, I have had the privilege of loving and serving these amazing NDP leaders, supporters, staff and coordinators – including taking part in the ministry’s D.C. events, Summits, National Bus Tours, and philanthropy and partnership efforts. It’s been an amazing journey, and I believe that the best is yet to come!”

“Kathy is a great choice (for President),” said Shirley Dobson, in an interview with The Stream at the 2019 NDP U.S. Capitol prayer event. Mrs. Dobson served as NDP chairman for 25 years, stepping down in 2016. “She is a young woman of prayer who has a lot of energy. She knows all the volunteers, national area leaders and the 50 state coordinators. I’ve always lived by the slogan Where God guides, God provides — and He will provide for her.”

Reflecting on the future of the NDP Task Force under her leadership, Mrs. Branzell believes that, “The next generation is filled with the Holy Spirit and passionate about prayer. I want to hear more from them and spotlight what they’re doing. Maybe we’ll talk less about Washington, and more about the whole nation and all the prayers being lifted up. We need them. We would be foolish if we thought there was one generation, one ethnicity, one gathering, or one person that could call this nation to prayer. The Body of Christ is beautiful in reflecting every nation, tribe and tongue. Jesus never called us to go it alone. He never sent his disciples out alone. We will continue to reach out to every community and all denominations, because we’re all the Body of Christ.”

Along with her work on behalf of the National Day of Prayer Task Force, she was the founder and president of Fellowship and Christian Encouragement (FACE) for Educators where she authored seventeen years of weekly scripture reading, prayer prompts and devotionals for educators to use to use in their weekly prayer meetings throughout the school year. She is the author/co-author of five books including, An Invitation to Prayer; Developing a Lifestyle of Intimacy with God; 40 Days of Love: A Prayer-Care-Share Devotional; Prayer Warrior: the Battle Plan to Victory;An Apple a Day: 365 Day devotional for Teachers; and A Prayer Warrior's Guide to Spiritual Battle. She earned her bachelor’s degree in Education and Human Development from the University of Georgia, and her master’s degree in Biblical Studies from Liberty Theological Seminary. She has served as a Rapid Response Chaplin for the Billy Graham Evangelical Association, and the National Coordinator of LOVE2020 and National Facilitator for the Mission America Coalition (Now The Table Coalition).

Having raised two children with her husband Russ, Kathy lives in Atlanta, Georgia. She plans for the prayer ministry to continue as a remote team, as several NDP staff are based in Colorado Springs, Colorado. Her fifth book, a devotional entitled An Invitation to Prayer (BroadStreet), released in 2019. 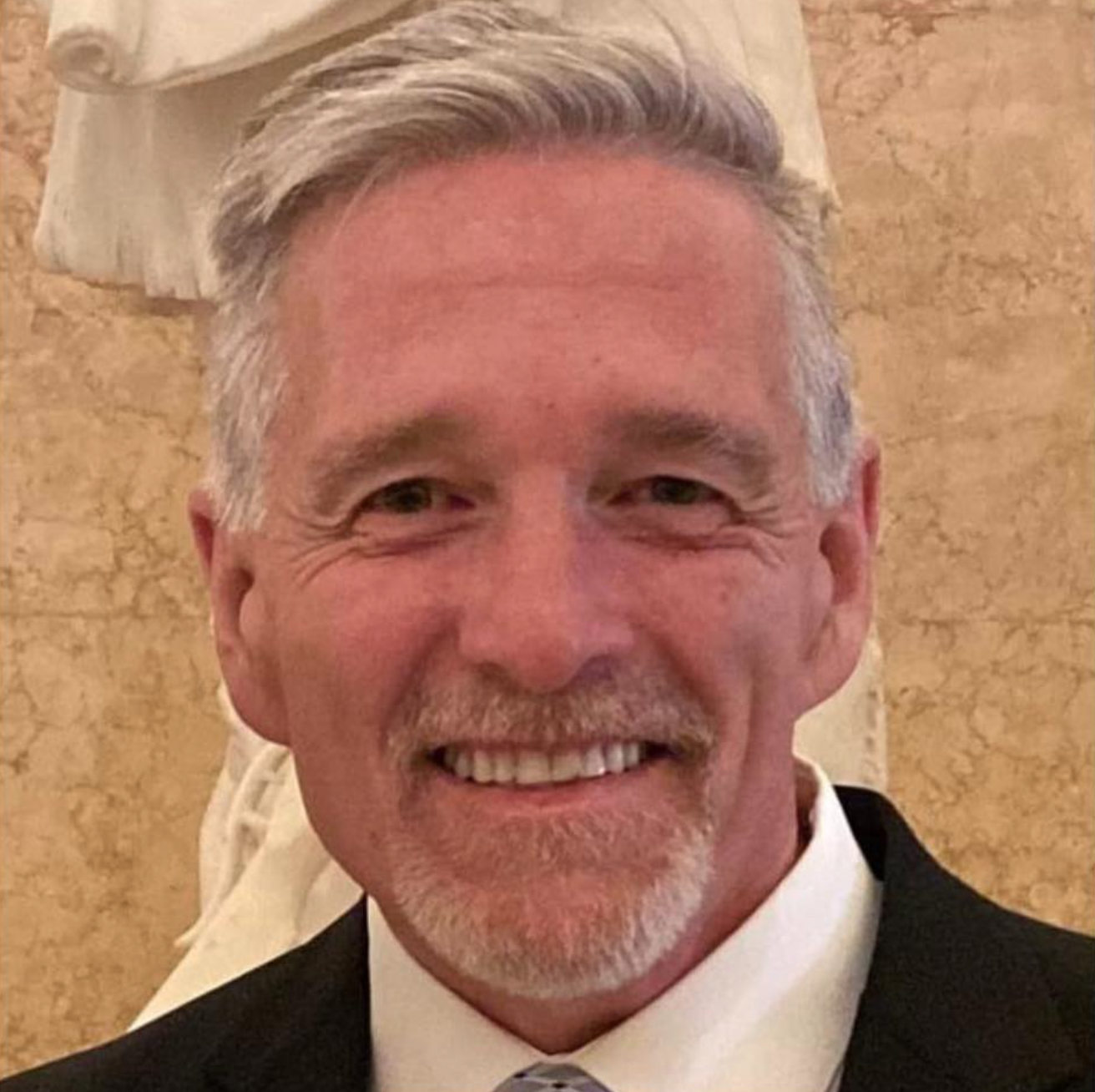 Dion is the Vice-President of the National Day of Prayer. He is a visionary leader, and is passionate about equipping, encouraging, and engaging the church, and individual believers in passionate, effective, fervent prayer.

Prior to joining the National Day of Prayer Task Force, he served as a senior pastor, was a leader in both Fortune 500 corporations and in small-business, specializing in leadership, creative strategy, and marketing. Dion served for several years with Focus on the Family, and worked on the creative development and marketing of a wide variety of films, books, magazines, and programming, including the popular Adventures in Odyssey series. He was also a pioneer in Focus on the Family’s International efforts, working to establish ministry outreaches in the United Kingdom, Australia, New Zealand, South Africa, and Singapore.

Dion is a gifted teacher and speaker, and co-author of the book The Front Line (A Prayer Warrior's Guide to Spiritual Battle). He is married to Brenda and resides in Colorado Springs, Colorado. 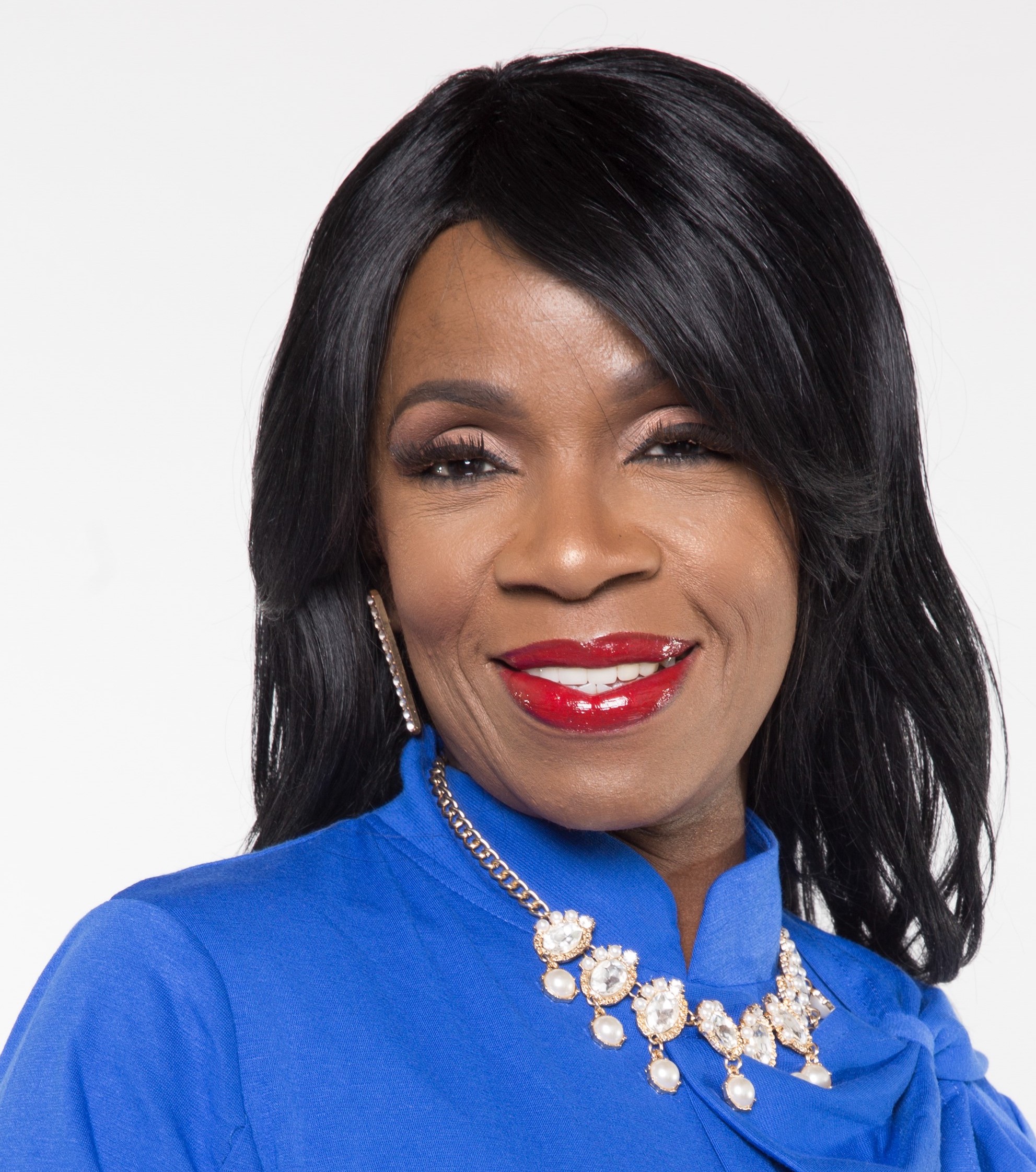 Gwen Bradley is the National Liaison For Prayer Mobilization and Partnerships. She also serves as the National Area Leader of the Southeast Region. She is recognized as a global strategic intercessor, pastor, teacher, media influencer and an international conference speaker. Gwen diligently serves alongside her husband, Bishop Dr. Willie Bradley as Pastors and Founders of Anointed Remnant International Ministry in Prattville, Alabama. The ecclesiastical couple also founded Anointed Remnant Global Assemblies, a global Fellowship providing mentorship to leaders in North America, the Caribbean, Australia, Asia, Europe, Liberia and Kenya. Along with her work on behalf of the National Day of Prayer Task Force, she is the Southeast Alabama Regional Leader for Daughters For Zion, The Prayer Covering for Christians United for Israel. She also serves as a Prayer Ambassador For multiple leaders in the seven mountains of power.

Gwen’s passion and heart is to connect, build and strengthen prayer warriors globally and to mobilize unified public Prayer for America. The Bradleys have three beautiful children: Adrian (Vander), Andreas and Andria. They are proud grandparents of Aiden & Adrian II. 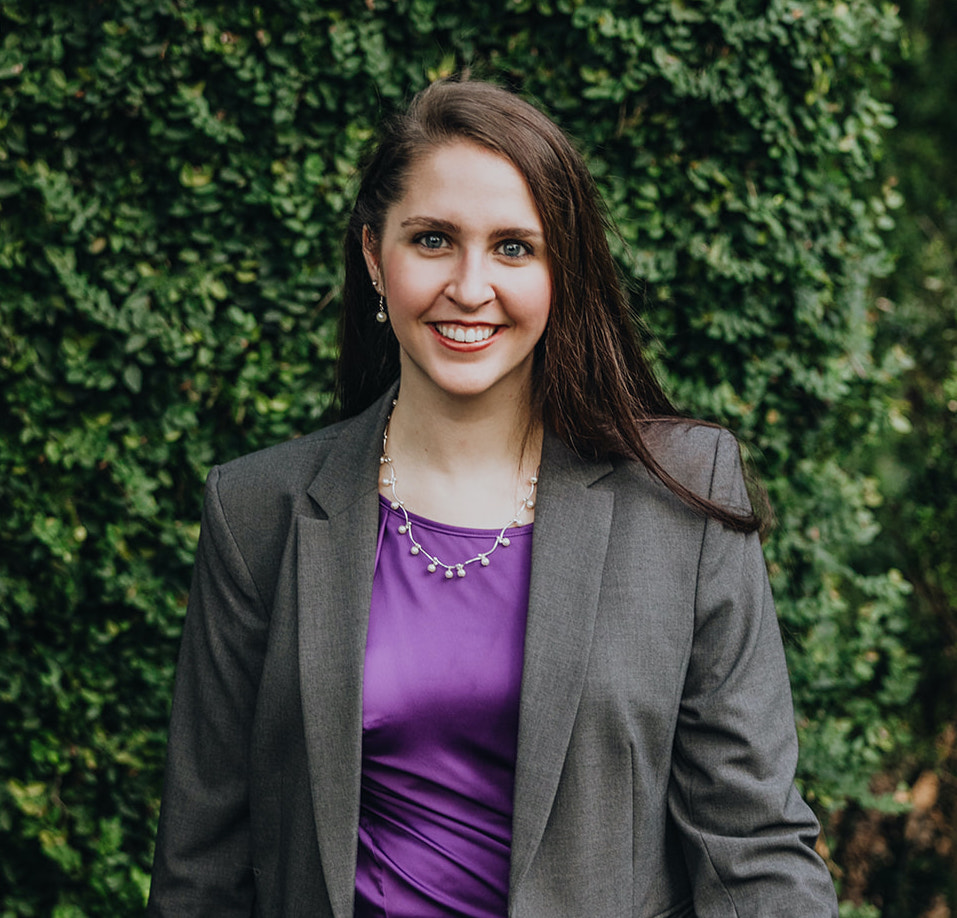 Amy serves as the Communication Coordinator for the ministry. She graduated from Georgia College & State University with a degree in Mass Communication. Amy is passionate about building up the kingdom of God by encouraging others to infuse the Gospel into every aspect of their lives, starting with consistent, strategic prayer.

After serving as a summer intern, it became apparent that God wanted to use her beyond that summer assignment, and she transitioned into her current role. Her heart’s missional desire is to encourage believers and non-believers alike by sharing powerful stories of God’s power, glory and goodness, while also building up a new generation of Gospel-driven believers among her Gen Z peers group. Amy lives and works around the country--wherever the Air Force sends her family! 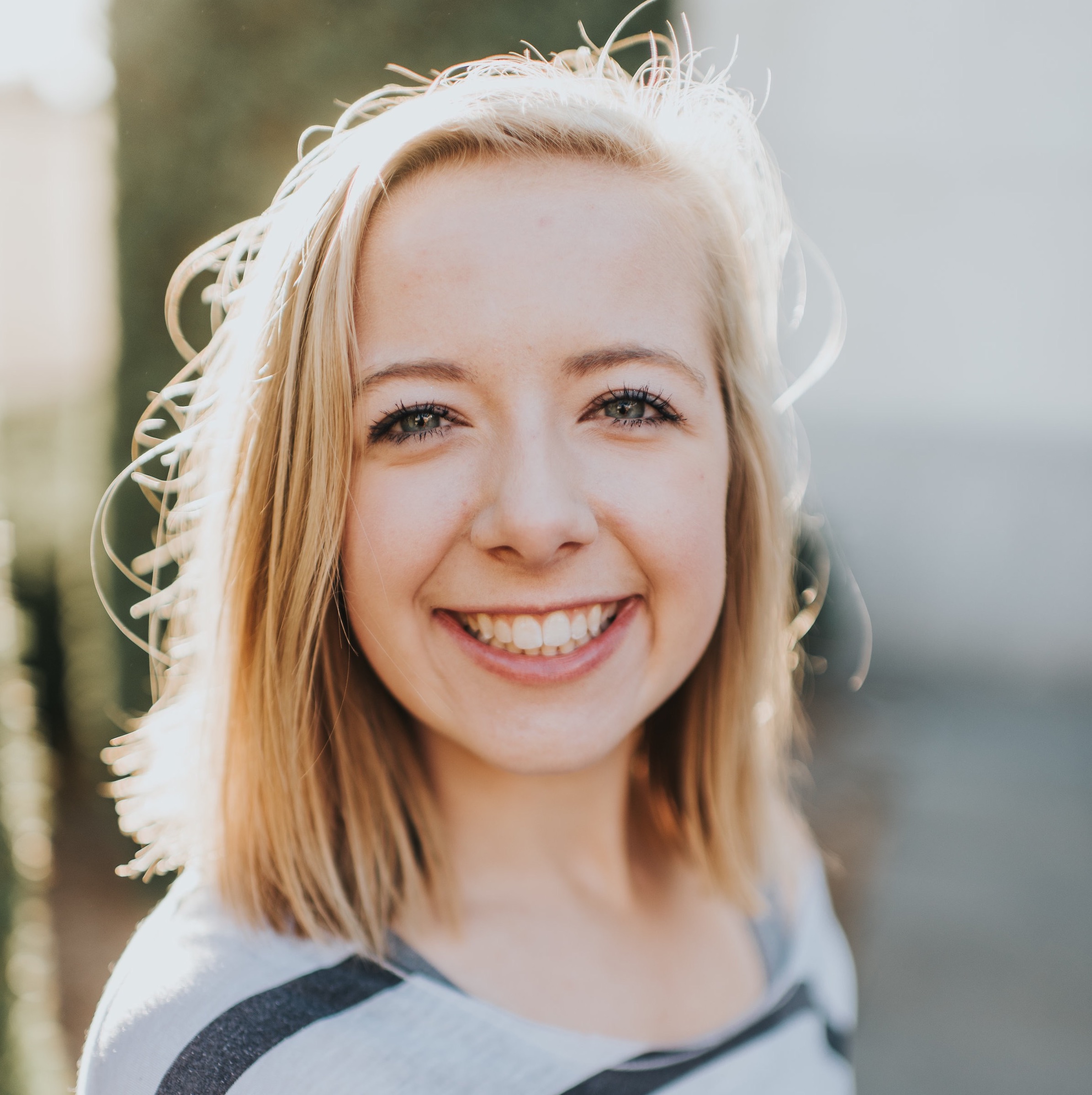 Hannah serves as the executive assistant and events coordinator. She spent six months in a Discipleship Bible School with Youth With A Mission and there her heart was captured by prayer, intercession, and the presence of God. She is passionate about young people encountering God for themselves, walking in their identity as sons and daughters of the living God, and being activated in a prayer lifestyle. Hannah lives and works in Minneapolis, Minnesota.