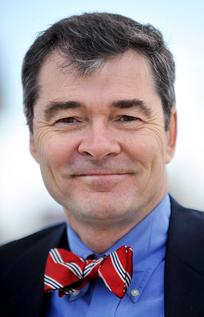 Some years ago, Ken Wales produced a movie called “Amazing Grace” about the remarkable life of William Wilberforce.  Wilberforce, a Member of Parliament who took office after the Revolutionary War, not only changed Britain, but impacted the world.  For those of praying for revival in America, there is much to learn from his life.

Most historians remember Wilberforce as the man who, through passionate conviction and dogged determination, almost single-handedly achieved the abolition of the slave trade in the British Empire in 1807.  In fact, after his death in 1833, black leaders in New York City heralded him as the “Hercules of Abolition.”  In 1858, Abraham Lincoln wrote that every schoolchild in America was familiar with William Wilberforce.

Today, those who are familiar with the story of Wilberforce know that his efforts and influence extended far beyond the political realm.  Wilberforce set about to build a coalition of people and organizations that would alter the moral climate in Great Britain, the superpower of the day. After his conversion to Christianity, he made it his goal to make “goodness” fashionable among the leadership class of his day and he started with the Prime Minister and the King. “Fashionable” for Wilberforce would mean “trending,” popular, “top of fold,” or politically correct in our vernacular.

He and his followers were instrumental in creating a variety of charities with missions as diverse as educating the blind, printing and distributing Bibles, promoting animal welfare, treating ailing seaman, sponsoring vaccination efforts, easing the plight of the poor, and even helping those in debtors’ prisons. He saw great value in encouraging others to assist in any way they could.  He realized that honing people’s energies and efforts towards others, instead of themselves, was valuable regardless of how they did it.

Maine biographer, Kevin Belmonte, combed through the works and letters of Wilberforce and observed several core principles underpinning his opposition to the slave trade and his efforts toward private philanthropy and moral renewal.  One of these principles was the promotion of the happiness of others. Unlike Thomas Jefferson who penned the famous “pursuit of happiness” phrase in our founding documents, Wilberforce believed that when individual citizens promote the happiness of others they are most truly promoting or pursuing their own happiness.  For most people, personal fulfillment is a prime motivator, but Wilberforce believed that contributing to the happiness of others was a greater calling. This is something we as Christians could encourage in our political leaders—at least those who cultivate our favor and endorsement.  It would essentially be applying the golden rule in the sphere of politics.

Belmonte noted that these principles “produced tangible results and, ultimately, the rich legacy of moral renewal and philanthropy associated with Wilberforce's name."  In other words, it worked, and it did so because doing “good” became a national pastime.  Instead, we opt for “clash” and contention, taking our cue from political parties or radio talk shows—none of which spend any time talking about laying the groundwork for spiritual revival.

I love Wilberforce’s sense of individual responsibility. While he acknowledged that we must pursue excellence in the political sphere, he knew that many problems are better addressed by individuals and coalitions of people giving their time and private funds for the good of others rather than by government programs. In my hometown, I have seen Christians come together to form a health clinic that share the gospel with every patient along with providing them with a medical home.  We need to get back to meeting practical needs through the church, and thinking outside the box like Wilberforce did would go a long way towards restoring our reputation in our communities.

As we approach the National Day of Prayer, let’s emulate Wilberforce by doing good, by encouraging others to do the same, and by praying for revival and the healing of our land.

Tim Echols is an elected official on the Georgia Public Service Commission.  He founded the non-profit Family Resource Network and its program, TeenPact (see www.teenpact.com), and grew it into a national youth ministry working in 40 states.  He is married to Windy and they have seven children and live in Athens. He has three degrees from the University of Georgia including a Masters in Non-Profit Organizations.