As I reflect back on all of the answers to prayer during the week of the National Day of Prayer in Washington, DC, my heart is very full.  God surely answered more abundantly than I could have thought to have asked. 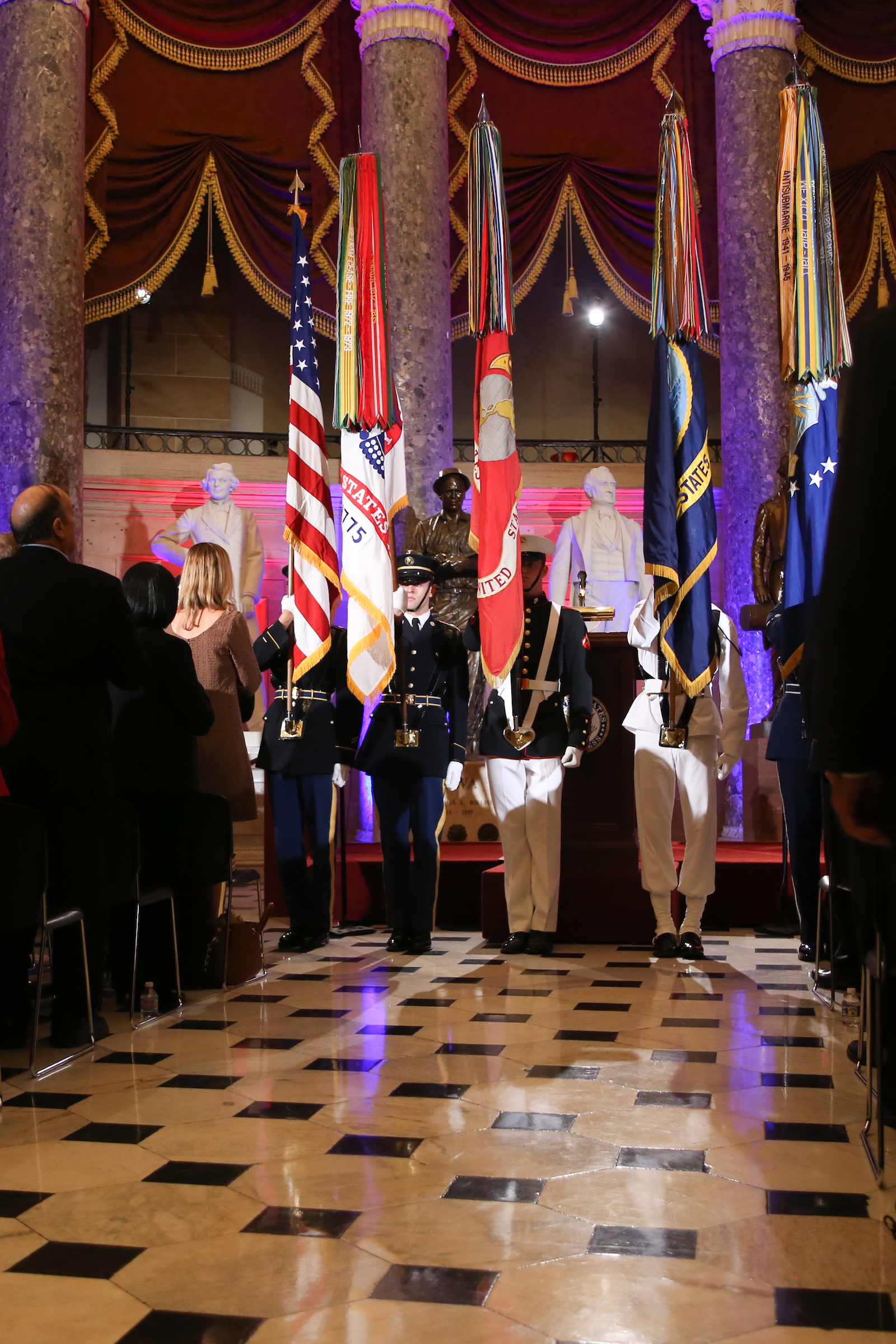 My schedule during each day of the week was packed from early morning to late at night.  It included three national television interviews, two national radio interviews, the National Day of Prayer Board Meeting, speaking at two evening dinners and two prayer meetings, visiting and praying with two Senators on Capitol Hill, plus an invitation to the White House Rose Garden as the President honored the National Day of Prayer. I accepted each and every responsibility as God’s “benefit,” grateful for the opportunities to focus people on prayer and the need to return to authentic faith in Him.

The highlight of the week, of course, was the National Observance on Thursday, May 4th.  For the first time it was moved to evening prime time.
And for the first time it was held inside our nation’s capitol…in Statuary Hall.  The Observance began with the Presentation of the Colors by the Joint Forces Color Guard of Military District of Washington National Capital Region, with the National Anthem being sung and the Pledge of Allegiance being led by Master Sergeant Antonio Giuliano of the United States Army Chorus. Following the Observance Master Sergeant Giuliano sought me out to tell me how much he loved Jesus, and how blessed he had been to open our Observance with the gifting God had given him!

Wintley Phipps then stepped up on the platform and sang God Bless America as only he can, with the audience spontaneously joining in. The domed hall was filled with our song of prayer asking for God’s blessing. As we sang, I prayed silently, “Please, dear God, bless America.  But also please, bless us.  Here.  In this room.  Now.” And He did!

U.S. Senate Chaplain Barry Black followed Wintley, leading us in a prayer that not only invoked God’s presence, but stirred the audience to “Amen” and applaud.

U.S. Congressman Louie Gohmert stepped up next and gave a concise history of Statuary Hall.  He included the incredible fact that early in our nation’s history, the Hall served as the only church in Washington, DC. I could almost “see” our founding fathers and previous presidents in the shadows, applauding our effort to bring our nation back to the faith on which they themselves had founded the nation.
Dick Eastman, an original as well as current National Day of Prayer Board member, briefly related the history of the National Day of Prayer. It was obvious that his passion to pray on behalf of our nation has not waned over the years, but has actually increased.


Then Senator James Lankford stepped up, and in a voice that seemed to have a divine resonance, filled the Hall with the authority that comes from God’s Spirit as he read Daniel 9:1-23a.

Following Senator Lankford, it was my turn.  I was consciously aware as I stepped up on the platform that I was walking to the podium on my knees in my spirit. I was acutely aware that I was about to do something that in myself was impossible. I opened with a brief prayer, then began by saying I believe America is in a moral and spiritual drought.

I told the story of Honi, the rainmaker before the first century whose focused, passionate prayer had ended the physical drought of his nation. In challenging all of us to be “rainmakers”, calling down God’s blessing on America, I used the pattern for prayer that 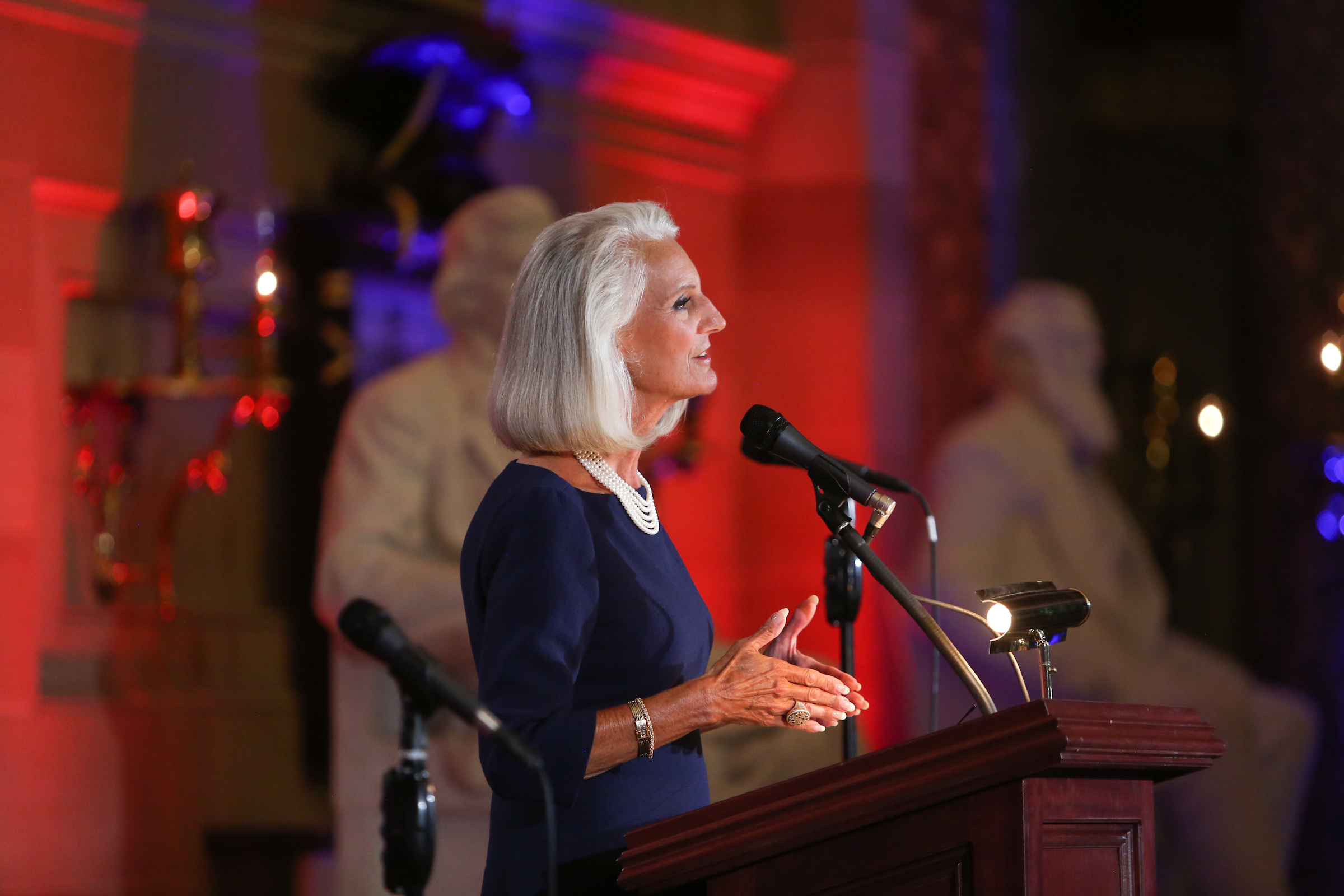 Daniel used.  His effective prayer was compelled by the problems of his people and the promises in God’s Word; centered in the living God; confident of his covenant relationship with God and the character of the One to whom he prayed; and contrite in spirit as he confessed his sin and the sin of his nation. At that point, I led those gathered to step into Daniel’s prayer as we confessed our own personal sin.
After giving each one a few moments to reflect and confess privately, Reverend Pat Chen, another National Day of Prayer Board member, gave voice to the prayers of all of us in summary.

I then led those gathered in confession of national sin, inviting them to spend a few moments praying with each other.
Dr. Ronnie Floyd brought this section of our prayers to conclusion as he prayed publicly for all of us.
Having confessed personal sin and the sin of our nation, we were then ready to intercede humbly, without self-righteous judgment, understanding in a fresh way that the ground is level at the foot of the Cross.  As people turned and prayed with those seated around them, the sound of their voices was a crescendo that ascended not just to the dome above us, but I believe, all the way to Heaven’s throne.

It was an incredibly moving few moments that seemed to end too quickly as we all read together the National Prayer, which was based on Deuteronomy 28.I shared that Daniel concluded his prayer by clearly pinpointing what he was asking of God, which was the theme of the National Day of Prayer: that God would hear us, forgive us, and heal us.  Daniel then gave testimony to the fact that while he was still praying, confessing his sin and the sin of his people, Heaven was moved.  Three years later his prayer was answered specifically as his nation was changed. His people were set free from captivity and returned to their place of blessing.


Wintley Phipps led us in singing what has become known as our national hymn, Amazing Grace.  The last verse brought us to our feet as we sang with him, When we’ve been there ten thousand years, bright shining as the sun, we’ve no less days to sing God’s praise, then when we’d first begun.
Rev. Dr. Sammy Rodriguez concluded the evening with a powerfully offered benediction. I slipped out to stand in the doorway and speak to each one who had come.  My gratitude to God for what He had just done, and my gratitude to each one who had come and participated, filled my heart to overflowing. It was pure joy to greet those who stopped to speak with me.
When I left Statuary Hall and exited from the Capitol building, I walked across the parking lot where a gentle rain was falling. The next morning, the rain had become a downpour in Washington that continued until just before noon. And I was reminded of the story of Honi.  Was God giving us a sign that the end of the national moral and spiritual drought had begun?  That this was the beginning of the revival of His people? As I silently prayed, He reminded me of the prophet Elijah in 1 Kings 18.  After Elijah had called down the fire on Mt. Carmel, he had prayed for rain to end the physical drought that was in Israel.  The rains had come as he went home.

So as I left Washington, DC and traveled home, I have praised the Lord, and am still praising the Lord!  Please, join me in blessing His holy, great Name for the rain!

Anne Graham Lotz
Chairperson
If you missed the National Observance in Washington D.C., you can watch it by clicking here.
[Photo Credits:R.Walters/Light Productions] 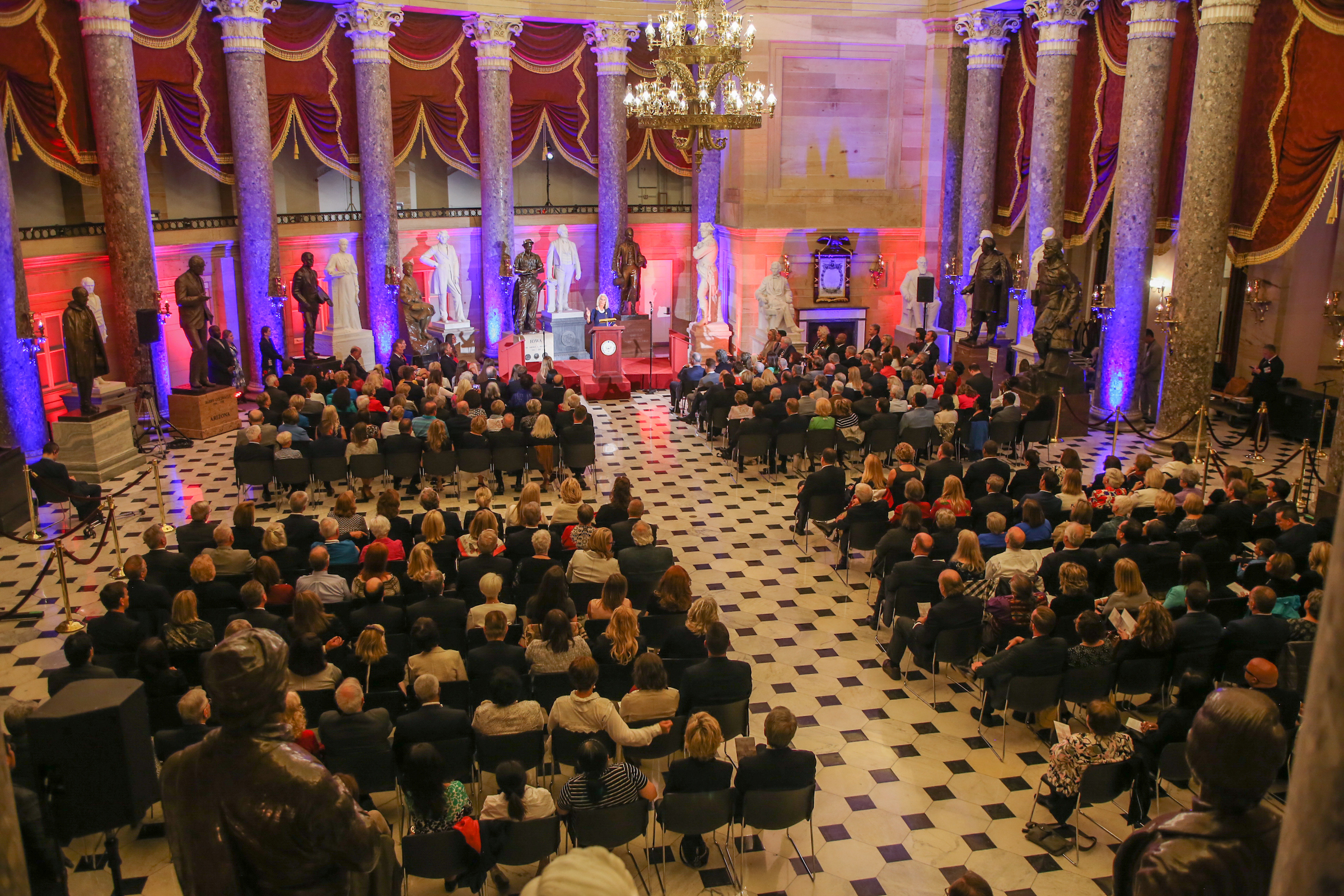