Planes, Trains, and Prayer: Intercessors on the Move (Part One) 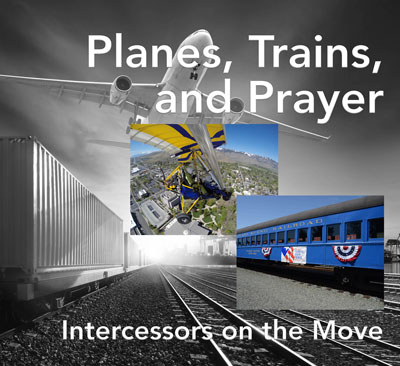 As a new pilot, flying through clouds can be nerve-wracking; losing the ability to navigate by sight robs a pilot of the most basic, natural information our minds use in the decision-making process. Approaching a cloud, it appears as a barrier… until the aircraft continues right through the cloud and the pilot finds that it is nothing more than vapor; an optical illusion.

For PrayerFlight National Coordinator Kim Stevens, organizing this year’s PrayerFlights on the National Day of Prayer became a step out of his comfort zone, moving him into the unknown and taking a risk. God proved faithful—barriers were not simply torn down, but shown to be no barrier at all in the strength and provision of our mighty Lord.

PrayerFlight is a nationwide ministry that pairs pilots with believers who want to fly over and pray for a specific area. On the National Day of Prayer, many PrayerFlights around the country fly over state capitols during local NDP events, or passengers will request pilots fly over their county or community during events. 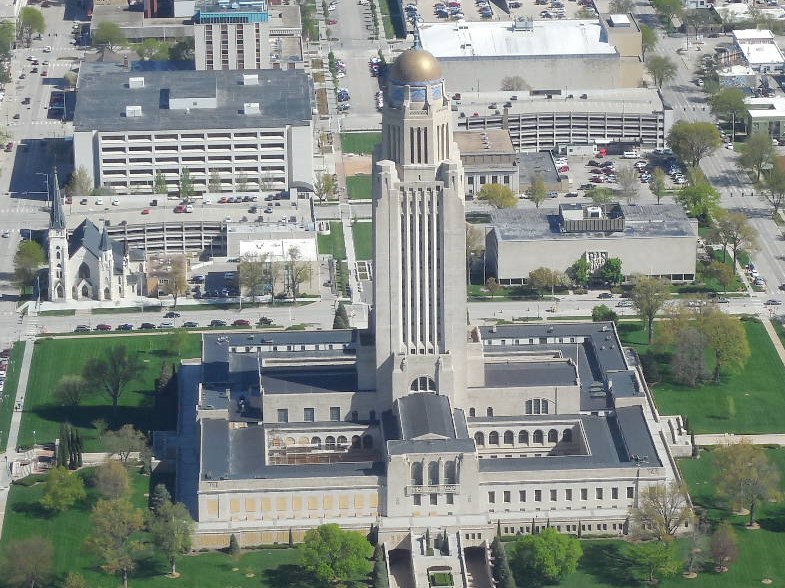 When it was time to start contacting pilots at the beginning of the year to sign up for the 2019 NDP PrayerFlight events, Stevens, only in his second year as National Coordinator of PrayerFlight, saw a need to connect with more pilots. For one reason or another, many of those who had regularly participated were unable to commit to a flight. With a 25-year career in state aviation, Stevens is extremely well-connected and knew he could reach out in any direction to find plenty of pilots outside the group of ministry-minded pilots normally associated with PrayerFlight. However, the thought of going beyond those he was comfortable with felt like a barrier directly in his flight path.

“I was thinking, ‘well, why bother approaching them, they have never shown any interest in spiritual things,’” Stevens said. “I was able to find a long list of excuses of why not to contact them, not even considering that God may have a different plan.”

Stevens continued to feel the Holy Spirit pushing him towards the list of new people to contact, who may or may not be believers, but worried reaching out to them would be a fruitless endeavor.

“I remember finally saying ‘okay I’ll do it,’ and being obedient to doing what the Holy Spirit was calling me to do, and then seeing the results,” Stevens said.

Just as God was faithful to the early church in Acts “And the Lord added to their number” (Acts 2:47) PrayerFlight added eight new pilots across the country, a number that astounded Stevens. Even pilots who were unbelievers or unable to participate passed along the information about PrayerFlight to people within their sphere of influence who might be interested. Stevens was surprised by some of the new pilots who responded or passed the information along, because he had never seen them willing to engage in matters of a spiritual or religious nature. In total, PrayerFlights were completed in 40 states on or around the National Day of Prayer this year.

“I was surprised—though I shouldn’t have been—but I saw God move in ways I hadn’t anticipated or imaged,” Stevens said.

What Stevens at first saw as a barrier, God used as an opportunity to reach outside of what felt safe. Through this step of faith, God invited more people into closer community with believers and active participation in Kingdom work - pursuing humanity with the relentless love that sent Jesus to the cross to die for our sins.

“It was a special time for me in my relationship with God, just learning to trust in Him and not in my own understanding,” Stevens said. “It was a lesson for me to not pre-judge people who might want to be involved.” 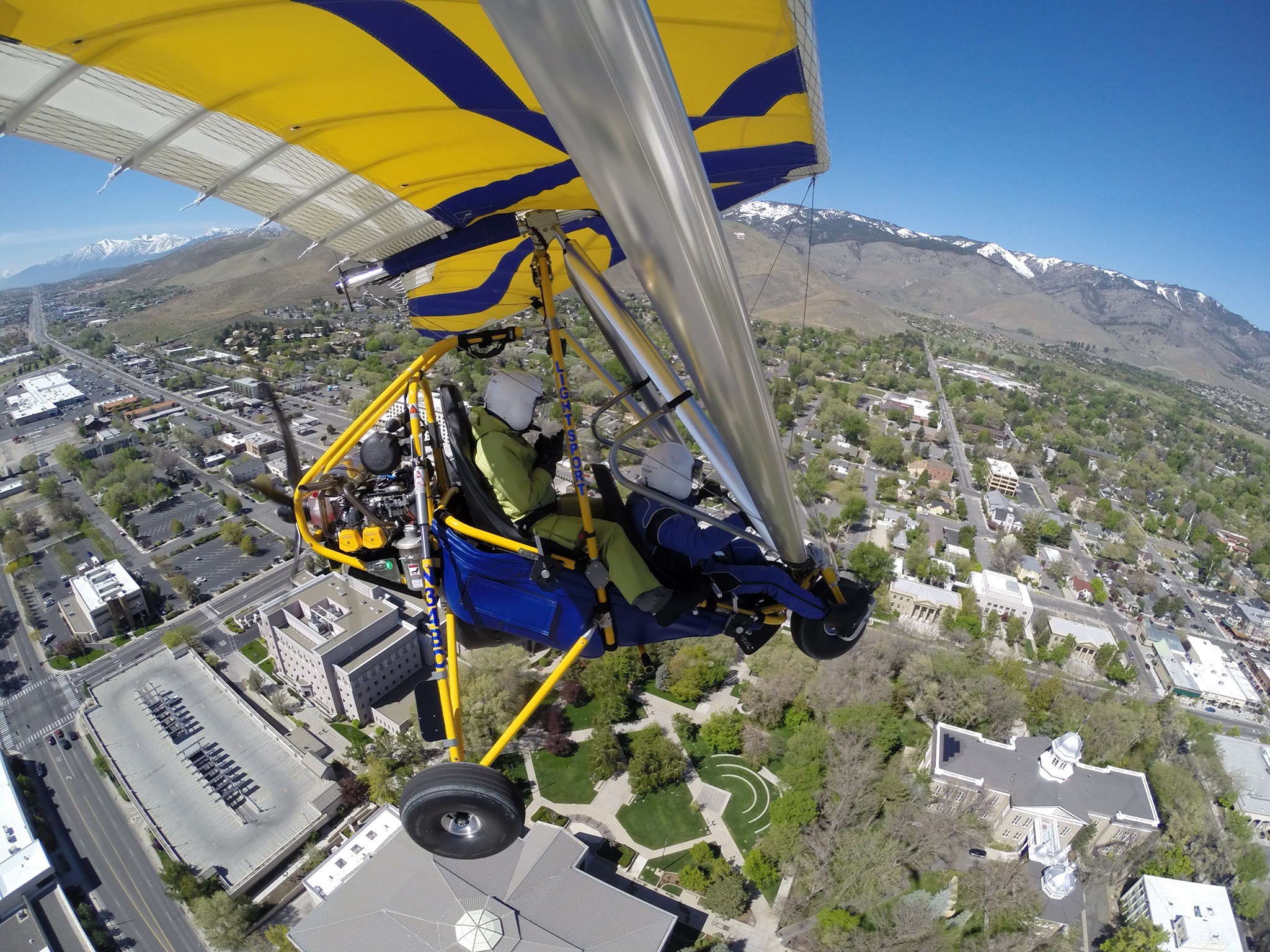 The new season as National Coordinator for PrayerFlight has been full of learning curves for Stevens, who is grateful for the continued companionship of Michael Harnishferger, the founder and National Coordinator for PrayerFlight for 10 years. The Paul to his Timothy on this journey. There are plenty of Silases for Stevens as well; a group of leaders has stepped up to help coordinate flights and events in different regions of the country, and through these relationships, Stevens has continued to learn how to rejoice in God’s provision.

“I'm on my knees consistently praying that I will be open to direction and not a hindrance to what the Lord wants to do with PrayerFlight,” Stevens said.

Learning to lean into God’s view of our lives rather than our own is a common theme in the PrayerFlight community.

Praying while flying over a certain location does not make the prayers any more powerful or reach God sooner or anything of that nature. Being able to fly over a place simply gives a new perspective, and the Spirit can use the new perspective to guide hearts to pray in new ways or new prayers altogether. It can help passengers and pilots alike recognize that no matter how big our own little worlds feel, just a few thousand feet up and it all appears tiny. How much smaller do our problems seem to the God of the Universe?

“In the broader picture, consider how God sees things from a different perspective,” Stevens said. “We are trudging along and we don’t always see things how He sees them. Being at altitude helps us understand that perspective.”

When we are reminded of how small we are, we are able to see how big God is and put our trust in His perspectives, plans and prayers laid on our hearts. Serving God means walking along an ordained path, and as believers, we can rejoice knowing our trust is our mighty Lord who can lead us through the valley of the shadow of death unharmed, and turn our barriers into nothing but a vapor.

“Jesus looked at them and said, ‘With man this is impossible, but not with God; all things are possible with God.’” – Mark 10:27 NIV

To find out more, visit their website at https://prayerflight.net.