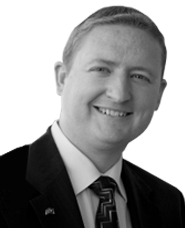 I am alive because of prayer.

Let me begin by taking you back to 1973. During that year, gasoline was 40 cents a gallon, the Sears Tower opened in Chicago, the U.S. withdrew its troops from Vietnam, Skylab was launched into space, Nixon declared “I am not a crook” during the Watergate hearings, Billy Jean King defeated Bobby Riggs during the Battle of the Sexes tennis match, and the Supreme Court rendered a decision on January 22 making abortion a U.S. constitutional right. It was also during this year that the course of my life was dramatically altered—before I had even taken my first breath.

You see, it was in 1973 that my mother, only a teenager at the time, fled for her life. She was running away from the sexual abuse she had endured at the hands of her stepfather. Living in perpetual fear, her only recourse was to run. She made her way to California where she found a group of other troubled teens. The leader of the pack was a smart but wayward mechanic who was also a drug runner.

Trouble is a magnet for the lost—an oasis to the broken. The group welcomed my mother, and she followed her angry heart into their open arms. The phrase “troubled-youth” does not adequately describe the rebellious outcry that became her defense against vulnerability. In her mind, she would never again be the victim. Yet in the midst of bad choices and a lifestyle that was sure to lead her to prison, she became pregnant. This seems to have been the inevitable outcome of this environment of “free love,” with an endless supply of drugs and alcohol.

Like so many others in her position, she made the only choice that seemed right—after all, how could she possibly raise a child when she couldn’t feed herself and had little desire to be alive? The man responsible encouraged her to abort the baby, and she did. The affects to her body were harmful. She bled horribly, and the scar tissue was severe. Suddenly aware of the brutal reality that she had just become the victim of her own choices, she cried out to God for help—a God she didn’t know and resented.

But this experience didn’t stop her from returning to the lifestyle she knew. It wasn’t long before she became pregnant again, despite the scar tissue. Shocked and disbelieving, she again determined to end this life interruption. But as she contemplated in exasperation, the God she had cried out to answered her. At that moment, she knew she had to take a stand. God had intervened. My mother made the decision for life and chose to carry her baby to term.

But here is the cold reality: There wasn’t a red carpet awaiting her when she returned home that night. There were no flowers in a thoughtfully positioned vase. No, there was only the reality that she was about to become a young mom. She still had no idea how she was going to make it through tomorrow—let alone the next day or the day after that. She had no support and no plan. But that wasn’t a problem for the God who had just touched her heart. He was about to make a way in the wilderness and I praise God for the pregnancy centers across America that are doing this service for women every single day. They aren’t just engaged in the business of saving babies—they are engaged in a business of saving lives by reaching out to the moms and dads that society has turned its back against. They are God’s hands in action, giving medicine to the brokenhearted and hope to the hopeless.

That’s only the beginning of her story. There were still more turns and twists to come, but God was present in each part of her journey. My mother decided it was time to move forward with her life. She moved, took a new job, and tried to create an environment suitable for her new son. She knew the best place for her son was at church and there just happened to be a small but growing church down the road from her new home, Teri Road Baptist Church. She contacted the church, acquired the van schedule, and prepared to send me off to Sunday school the next weekend. As much as she wanted to, she felt that she just couldn’t take those first steps into the church herself. She was too ashamed of her past. She was scared she would be judged and confronted, but she didn’t want those fears to hold back her son. Her strength and firm resolve against vulnerability would serve her well to push through those tough decisions. So, my mother did one of the bravest things I can remember: She walked with me right through the front doors of that little church. And you know what? Not one person put their finger to her chest and judged her for her previous life. No, the body of Christ acted as the body of Christ, welcoming her with open arms.

I have fond memories of Sunday School - of friends, fun, and stories of hope and redemption. I took home all of my art projects—those illustrated stories of Noah, Moses, and Jesus. My mom would take those projects into her hands, smile, and pull me in with a warm embrace. She would then put magnets to all four corners and proudly display them on the refrigerator. Little did I know that each weekend, those stories were opening her heart to God more and more. At just eight years old, I was an evangelist. As a result, my mother started attending regularly, gave her heart to Jesus Christ—and I accepted Christ right there with her. Eventually she became the church secretary, planned the youth programs, and even went on to work for Dr. Charles Stanley in Atlanta, Georgia. What a turnaround. Sure, she’d made some mistakes. But God had a greater plan for her life, and she took the baton and ran with it.

My family’s story is still being written, but we know that we have made the right choices—ones that we can live with for all eternity. The enemy tried taking life at every opportunity. He wanted my mother to abort me. But God loves life. He intervened at every turn when we submitted to His will, despite all odds.

Today, my mother is a devout woman of faith—truly a woman of prayer. She is married to a godly man, and because of her love for God, she has been a blessing to the entire family. Several people, including her mother, have given their lives to Jesus as a result of their relationship with her. Does she still hurt from her pervious decision to take a life? Of course. But God heals and forgives, and He never hated her for her decision. Instead, He bandaged her wounds, gave her love that she had never experienced, and honored His promise to give her a hope and future (Jer 29:11).

Just look at what God has done! In the midst of tragedy, one choice—a choice for life—was the first step on a path to complete transformation. That child that almost wasn’t, that almost-notch in Margaret Sanger’s belt, that “inconvenience,” is now a husband, father of five, pastor, teacher, ministry leader, and more importantly, a devoted servant of Jesus Christ.

God took what the enemy had planned for evil and turned it to good (Romans 8:28). He stopped the lava flow, and from the crusted surface, He brought forth a sprout of hope and restoration in my family legacy. Every conception is a life with limitless potential in the hands of a Holy God.

I shouldn’t be here today. My whole life is a miracle. And guess what? So is yours. Turns out my grandfather, who was a man of faith, had been praying for my mother regularly. He wept for her and always made sure to intercede on her behalf and I fully believe that it was his prayers the Lord answered that day when my mother was about to go back to the abortion clinic. You see, “the effectual fervent prayer of a righteous man availeth much” (James 5:16) and God heard my grandfather’s prayers. As a result I am here writing this to you today.

We all have a testimony, and like it or not, we have all been affected by decisions to take the life of the unborn. I am a pastor that was one decision away from never giving a sermon. Every child is a member of our society and abortion denies them a God-given opportunity to add their brush stroke on the tapestry of life.

We have to own the fact that when we made a decision for Christ, we embarked on a new path that puts the world behind us and the cross before us. We are no longer our own. We belong to Him. That means we must take responsibility for the impact our decisions are making on the future generations. We must own up to what is happening on our watch at this very moment. This is not someone else’s problem—it is our responsibility. We must not sleep until we have done all we can to alter the course of a society on the verge of genocide and self-destruction. Now it is time to live it.

Prayer is needed in America to restore the foundations of Christianity in our homes. Now is not the time to grow weary. Now is not the time to give up. We must not allow our prayers to diminish. Rather, we must amplify our prayers with persistence and perseverance. In the words of the Apostle Paul, “Thanks be to God! He gives us the victory through our Lord Jesus Christ. Therefore, my dear brothers and sisters, stand firm. Let nothing move you. Always give yourselves fully to the work of the Lord, because you know that your labor in the Lord is not in vain” (1 Cor 15:56). May our days be filled with praise and adoration for the King of kings. Let our faith be contagious with our passion of service, and may the joy of our love for Him fill our home and impact generations not yet born. We must be intentional for such a time as this.