Last Friday, September 1, President Donald Trump proclaimed September 3, 2017, as a National Day of Prayer for the Victims of Hurricane Harvey and for our National Response and Recovery Efforts. This was a historic call to the entire nation to pray for the great needs in Texas and Louisiana. 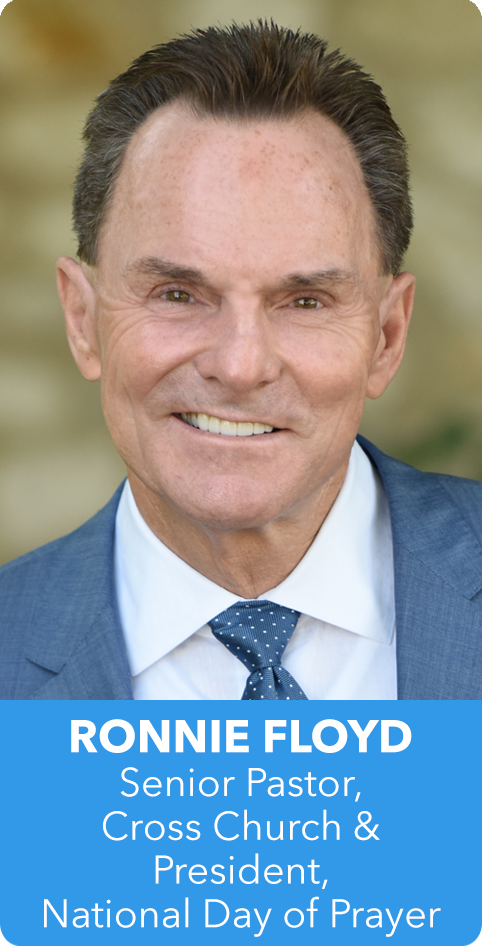 Millions of Americans pray for our President, Vice-President, and the leaders of our nation on a regular basis. Those of us who do, know the truthfulness of Proverbs 21:1, “A king’s heart is like channeled water in the Lord’s hand: He directs it wherever he chooses.” We believe deeply that God alone turned the President and his administration to believe prayer was needed over the severity of the issues in our nation.

While this proclamation addressed the events that have captured the nation for days and was absolutely historic in its proportion, we also know we face other major issues in our land. Wildfires are raging in the west, especially in Southern California and the state of Montana. While both the House and the Senate convene in Washington again following days of rest and work in their home states, we need them to come together to do the business of our nation. Looming in the background is the living reality of the severe threat of North Korea against the United States.

America, We Need to Pray

Prayer brings people together. Prayer builds bridges between opposing persons and even political parties. Prayer reminds us that we are created in God’s image and He desires for us to represent Him everywhere we go. Prayer should always be our first choice, not our last choice. In times like we are in now, our eyes need to be on the Lord alone. Movements of prayer can impact culture.

A Door Was Opened Before Me

On this past Friday afternoon, my office was notified that Fox News wanted me to be a guest on Fox & Friends on Sunday morning, September 3, 2017. In my role of President of the National Day of Prayer, they wanted to talk with me about the President’s proclamation.

Even though I was away for the weekend, I was able to accommodate the request, and joined Fox & Friends from a studio in Birmingham, Alabama.

Their interview questions were strong and encouraging, but at the end of this four-minute interview across the world, I was asked if I would pray on-air for our nation.

I was stunned by the amazing opportunity God had granted me to do what I have never seen anyone do on a show like this… lead in a prayer for our nation. I was humbled deeply, but overwhelmed with faith and joy for this opportunity that would end up going viral.

God has used social networking to take this prayer across the entire nation, and only to Him do we bring the glory.

Yes, God Is Working In America

As we mobilize unified public prayer for America, we need your support in every way. This past Sunday, God opened a powerful door where this occurred in a way we would have never thought possible. Again, only God can do this. Let’s thank Him today. Join me in prayer for our nation today. If you desire, you could even share this prayer with others.

Now is the Time to Lead and to Pray for America,