Glory Story: In One Accord

“In the evening meeting, a lot of the prayers were focused on the church, repentance, and prayer for the witness of the church, the body of Christ,” said Charles Barnes, who organized the evening event. 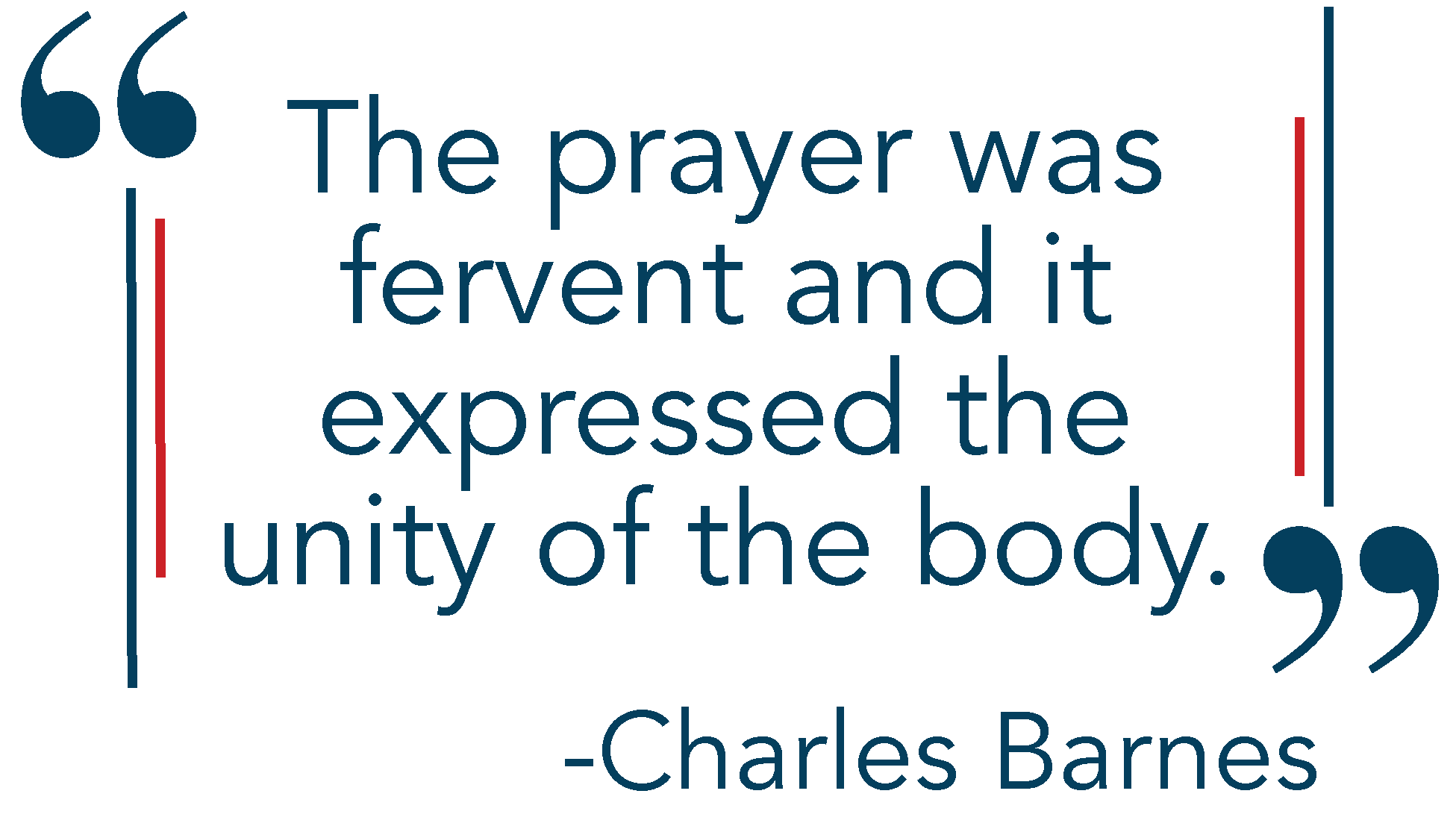 Pastors from around the community each shared a prayer in their native language that was then translated into English or Spanish for the rest of the group to understand. The pastors represented several congregations in the area, including Orthodox Presbyterian, Pentecostal, and non-denominational churches.

Participants continued the prayer concern by praying together in small groups for the same topic. Some prayed in English, others in Spanish; some prayed loudly and boldly, others prayed quietly and reverently, but each prayer was sincere in the desire to see God’s will be done in Idaho City and across our nation!

The evening service was the culminating event for the 2021 National Day of Prayer observance in Idaho Falls. Two other gatherings, one at 6 a.m. and another at noon, had taken place earlier in the day, and intercessors saw God moving in each prayer gathering.

A small number of people came to the early morning event, representing half a dozen or so churches in the area. They all prayed fervently as one group, focusing on the needs of the nation. Barnes explained that most of the people who came early that morning were seasoned prayer warriors who felt burdened to lift the country before the Lord in prayer.

The noon service had beautiful weather, and Barnes felt like God showed favor and held back the rain that was supposed to fall that day. Lots of people gathered for the event in front of the courthouse to sing worship songs led by a praise band and listen to local leaders pray for the needs of Idaho Falls and the country.

Barnes, who has helped coordinate NDP observances in Idaho Falls off and on since the mid 90s, felt the Lord press his heart to put something together in 2021.

“This year I just couldn't resist with all the things going on in the nation,” Barnes said.

He coordinated both the evening event and the 6 a.m. prayer gathering, while a friend coordinated the noon meeting on the courthouse lawn. After seeing all that God did to gather the churches and unite the intercessors of the city in one heart, Barnes looks forward using the momentum from this year to build a city team to continue planning observance events for years to come.

“I think one of the biggest impacts was simply coming together as intercessors and hearing each other pray,” said Barnes.

“May the God of endurance and encouragement grant you to live in such harmony with one another, in accord with Christ Jesus, that together you may with one voice glorify the God and Father of our Lord Jesus Christ.”