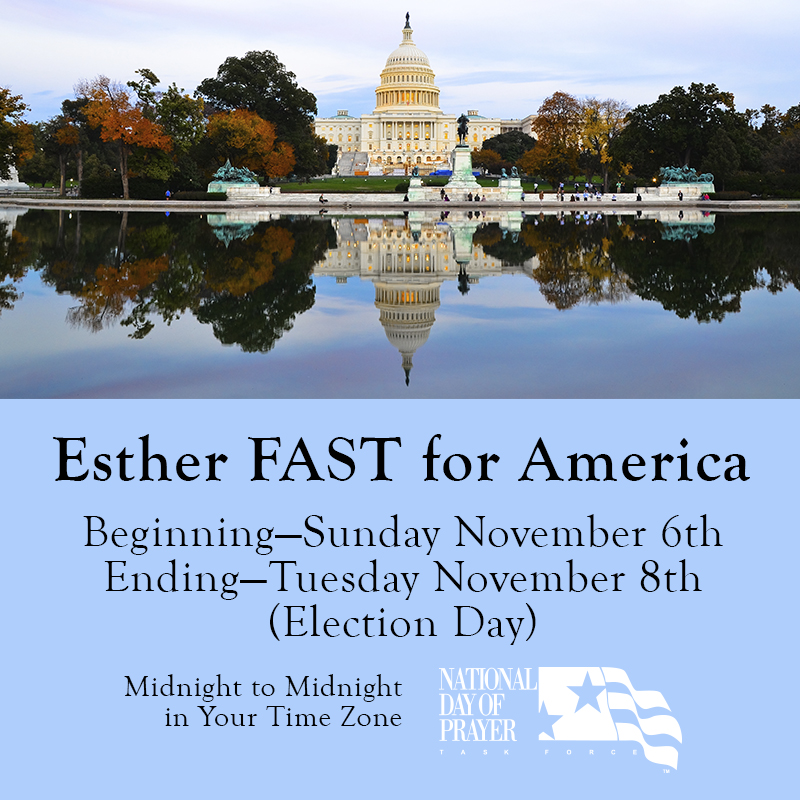 Fasting, coupled with the power of prayer, has been called aggressive humility in action.  Our desire is to humble ourselves before God and intercede for Him to move, as in the times of Esther, to save our nation.

At our recent National Prayer Assembly in Washington, DC, our attention was drawn to the Old Testament book of Esther. The entire Jewish nation faced extermination. Queen Esther called her people, the Jews, to join her in fasting (without food or water) for three days before she approached the king on their behalf.

IF you are able, will you respond YES to this call to an Esther Fast for three days before this pivotal election in the United States?

Esther was used to expose the evil intent against her people, and they were saved. Ultimately, our Lord and Savior Jesus Christ, the Messiah, came through the Jewish nation.

Now God is calling His people to radical faith to save our nation. America needs saving!

Prayerfully consider joining as the LORD leads you:

Keep your activities light and spend as much time as possible in Word of God with intercession for the United States of America and this critical election.

NOTE: We recommend you enter and end the fast with very light liquids. You should consult your physician if you have health issues, which may be impacted by such a fast.