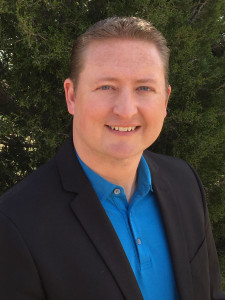 All 50 Governors and the President of the United States proclaimed the 64th  annual National Day of Prayer as millions of Americans gathered from coast to coast in solemn assembly. It was the single, largest mobilized call to prayer in the history of our nation with more than 43,000 events taking place at courthouse steps, parks, offices, government buildings, churches and homes symbolizing a single prayer – one voice – one cry – for such a time as this. It was, perhaps, the fulfillment of the vision of President John Adams, who wrote on June 17, 1775, "We have appointed a Continental fast. Millions will be upon their knees at once before their great Creator, imploring his forgiveness and blessing; his smiles on American councils and arms."

Stadiums were filled from Pennsylvania to Minnesota with shouts of prayer and adoration. Parades, motorcycle rallies, hot air balloon launches and more were planned in celebration. In Washington D.C., standing room only events with extended lines throughout the duration of the programs gave transparency to the move of the Holy Spirit to unite the church for what appears to be the sparking embers of a global revival. At the precipice of this National Day of Prayer, many within the church had been praying for just such an awakening and the results may have historic impact of immeasurable proportions. Revive us again was the popular theme of the season as millions united in prayer. It was Charles Spurgeon, who in 1866 said, “the word "revive" wears its meaning upon its forehead; it is from the Latin, and may be interpreted thus—to live again, to receive again a life which has almost expired; to rekindle into a flame the vital spark which was nearly extinguished. A true revival is to be looked for in the church of God. Only in the river of gracious life can the pearl of revival be found.”

Revival is not new – God has always intervened trying to get us out of our stagnation and apathy. The Old Testament is a history of revival. In fact, one scholar indicated 7 major revival periods with over 16 clear cultural moves of God during that time. As seasons of complacency would overwhelm the nations in sorrow with a dramatic fall from the graces of God, there would be a spark within a few, driven by His very hand that would lead to national repentance as evidenced in Ezekiel 33:11 or Joel chapter 1, where he declares that the only hope is for a nation to “declare a holy fast, call a sacred assembly. Summon the elders and all who live in the land to the house of the Lord your God and cry out to Him.”

Following the church from the 14th century throughout modern times, we can document 54 revivals according to many theological sources. In the United States we have seen 3 great times of revival including the 1857 Fulton Street Revival led by a relatively unknown man by the name of Jeremiah Lanphier. What started out as a gathering of 5 people for the state of our nation turned into a movement of over one million men and women turning back to God in bold exclamation of faith. 50,000 people gave their lives to the Lord and this time is credited for a significant drop in crime and a rebuilding of the broken homes that permeated New York City at a time of high unemployment and national insecurity.

The evidence that God is calling his people to revival are overwhelming and as E.M. Bounds stated in his powerful book, The Weapon of Prayer, “A breed of Christian is greatly needed who will seek tirelessly after God, who will give Him no rest, day and night, until He hearken to their cry. The times demand praying individuals who are all athirst for God’s glory, who are broad and unselfish in their desires, quenchless for God, who seek Him late and early, and who will give themselves no rest until the whole earth be filled with His glory.”

The formula is written for us clearly in II Chronicles 7:14 and God’s people are responding by the masses. He has called his church to:

Many will look to the headlines to see if there is instant change in America as a result of this massive public outcry and what we must remember is that God will respond in His timing. Our prayers will not go unanswered. Like the disciples who waited 50 days for the promise of Christ to be fulfilled on Pentecost, we must be patient and remain mobilized and confident that the prayers of His people are powerful and effective and generations not yet born will praise the Lord, Psalm 102:18.

“America was founded by people who believed that God was their rock of safety.  I recognize we must be cautious in claiming that God is on our side, but I think it’s all right to keep asking if we’re on His side.”

May God bless America once more!