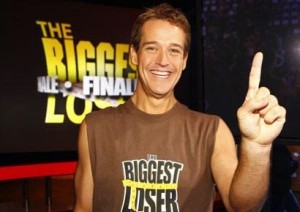 While in the airport, I sat next to a man named Joe who was stressed out about something. When I asked where he was going, he replied, “Paris, then Austria.” I replied, “What have you got to be stressed about! That sounds fun!” Then he said, “I’ve been worried about leaving everything for two weeks. But this is going to be fun. My brothers and I are going with my mother. When she got cancer, her bucket-list included this trip.”

“Wow! I’m sorry, but it’s great that you are going to get to do this with her!”

He went on, “Crazy thing is that she’s in remission now, so it’s a kind of bucket-list/celebratory trip.”

I talked to Joe about my father’s death 3 years ago. After he died, we found a book he was filling out for my son. My sisters and I were in tears! It was as though he was speaking from the grave. What I got most from the book was how little I knew about my father! I got to spend more time with him than anyone but my mother. Still there was so much that I never asked him! I urged Joe, “Don’t take this time for granted! Ask you mother everything you can. Get to know her! Spending time is a great way to get to know her, but really seeking out those things you don’t know about her is important to knowing who she really is!”

Joe said he’d do that and we parted ways.

Seek, and ye shall relate

I thought I knew what that verse meant. You know the one: “Seek and ye shall find.” (Matt 7:7) I used to equate it only with asking what you wanted or needed from God. I see it from a new perspective after talking to Joe.

Yesterday was my father’s birthday. He would have been 71 years old. For 20 years, we worked together, we fished and hunted together, he coached my teams, and we lived together for most of that time. Yet I knew so little about him. Why?

I now think I was so obsessed with sharing my feelings with him that I hardly ever paused to hear his. I always told him what I wanted or needed, but never asked him what he wanted or needed. I spent so much time talking and so little time seeking that I missed so much about knowing my father’s heart.

Relationship is all about seeking

In my walk with God, I’ve spent a lot of time in prayer with Him. But unfortunately, most of that prayer was about what I wanted – what I needed. Doing this is an important part of relationship, but I’ve been missing out on what is really important in my walk with God: knowing His heart, His wants and His needs. You see, I’ve been missing out on the best part of our relationship – my knowing of just who He is.

I know he is my Father. I know He has my best interests at heart. I know that He created me for His purpose. So why wouldn’t I seek exactly who He is?

True relationship is two-way, not one-way. I think I’m going to focus a little more on seeking what I can find out about this wonderful, all powerful being that created me in His image to do something that no one else on earth was called here to do. And I believe if I truly do that, the direction of my life will be forever changed in a direction towards God’s will for me, and not towards my will for my life.

Look out God – here I come!

Danny is the winner of NBC's The Biggest Loser! He lost an amazing 55.58% of his body weight during the show, still the largest percentage of any man in the history of the show and 2nd overall, and can now happily say he is “less than half the man he used to be!”

Since winning “The Biggest Loser”, Danny has appeared on numerous national television programs including The Today Show, The Jay Leno Show, Live with Regis & Kelly, The Doctors, The Joy Behar show, Larry King Live, The Suze Orman Show, Issues with Jane Valez-Mitchell, Joyce Meyer’s Everyday Living, and many more! He writes and records music and is now a highly sought after Motivational Speaker with an untold story you won’t believe! He will inspire any listener to reach new heights, reclaim their hopes and dreams, and move forward and face any obstacle in life! Click here to connect with Mr. Danny Cahill >>