"My Plea" by Dr. Ronnie Floyd 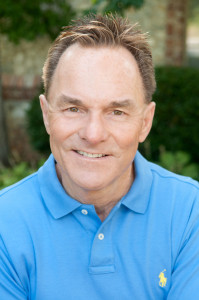 There is no great movement of God that has ever occurred that does not begin with the extraordinary prayer of God’s people. The time is now for us to come together before God in clear agreement, visible union, and in extraordinary prayer for the next Great Awakening and for the world to be reached for Christ.

For the sake of our nation and the spiritually lost around the world, it is time to humble ourselves before God. For this, I plead with all pastors, missionaries, laypersons, denominational leaders, churches, denominational entities, conventions, colleges and universities; from student to adult, regardless of age, vocation, or status.

As we come to God in humility and repentance, entering into this special season of extraordinary prayer, we plead with God for spiritual revival personally, revival in the church, and the next Great Awakening in the United States. As Martyn Lloyd-Jones writes:

“And in movements of the Spirit the first thing that happens and which eventually leads to a great revival is that one man or a group of men suddenly begin to feel this burden and they feel the burden so much that they are led to do something about it.” Revival: Martyn Lloyd-Jones, p. 163

I am pleading with each of you to join in this spiritual movement to pray for the next Great Awakening so the Great Commission will escalate to its rightful priority and accelerate to its completion in our generation.

When they had prayed, the place where they were assembled was shaken, and they were all filled with the Holy Spirit and began to speak God’s message with boldness. Acts 4:31 (HCSB)

Jonathan Edwards was a man who believed in the absolute sovereignty of God. He was the catalyst for the first Great Awakening and was even impactful in the second Great Awakening. Even with Edwards’ deep abiding belief in God’s sovereignty, he called upon God’s people to act because he believed God would listen to the promptings of His people.

“Be much in prayer and fasting, both in secret and with one another. It seems to me, it would become the circumstances of the present day, if ministers in a neighborhood would often meet together, and spend days in fasting and fervent prayer among themselves…. So it is God’s will that the prayers of His saints shall be great and the principal means of carrying on the designs of Christ’s Kingdom in the world. When God has something to accomplish for His church, it is with His will that there should precede it the extraordinary prayer of His people.”

Therefore, as we look back, we must fully embrace the deep belief that God responds to the prayers of His people, especially when these prayers are cried out to Him in desperation and done in an extraordinary way. Evidence is becoming clearer nationally that God is calling His people into a season of special focus and commitment to extraordinary prayer.

It has been over 100 years since the last great move of God occurred in our nation. It was in 1857 and 1858 that a movement of prayer led to 1 million people becoming Christ-followers from a population of only 30 million in our nation. This movement of prayer was begun in New York City by a layperson named Jeremiah Lanphier. After failing to minister effectively to the immigrants in his church’s neighborhood, Lanphier was moved to pray.

At noon on September 23, 1857, in the Dutch Reformed Church on Fulton Street in New York City, Jeremiah Lanphier knelt alone. Before 1 p.m. six men joined him. Within a month, 100 men joined him daily. Soon, thousands of men began to pray each day at noon around New York City. This resulted in 1 million Americans coming to Christ within a two-year span, as well as another 1 million converted to Christ in Great Britain and Ireland.

The church was revived. Christians were never the same. The fires of evangelism were burning brightly. The advance of the gospel to the nations of the world was profound. Men like David Livingstone, J. Hudson Taylor, and eventually the Student Volunteer Movement saw 20,000 young people surrender their lives to missions. Additionally, these great movements of God impacted renowned men of history like Charles Spurgeon, D. L. Moody, and William Booth.

These were not perfect times. Simultaneously, tension over slavery was growing and financial panic was occurring. In this time of uncertainty, God’s people became desperate and began to cry out to Him. The Sovereign God of Heaven determined to pour out His Spirit in a supernatural way, resulting in one of the greatest movements of God in the history of our nation.

While it has been over 100 years since the last great movement of God upon our nation, we cannot ignore the moments when the Lord has still moved upon our nation powerfully. For example, in the early 1970s, the Jesus Movement touched a generation, including many of our leaders today. Through this work of God, thousands came to Christ, followed by many of them being called into ministry. The greatest year of reaching and baptizing teenagers in our Southern Baptist history occurred in 1972, all due to the influence of the Jesus Movement. While not a “great” awakening, many joyfully remember the work of God in those days.

Sadly, we now have a generation or more of people who have never experienced anything close to a movement of God with this level of impact. It is past time for this to change. God is ready, are we?

Unquestionably, we find ourselves experiencing days unlike any we have seen in our history. The moral slide in our nation has degraded into a revolution that seems to be out of control. While marriage is being redefined by our culture and the family is under an unprecedented attack, social problems are rising everywhere due to this new cultural reality. Simultaneously, there are so many national and global crises rising up that we cannot keep up with their supposed threats. As well, the world is becoming more dangerous by the second.

While this present status is undeniable, much of the church in America sleeps. Spiritual lukewarmness is plaguing the church, resulting in the infrequency of church attendance, declining churches, lagging evangelism, sagging giving, and generational disconnectedness. Complacency and conflict categorize the church more than contrition and compassion. Among the people of God, announcements and promotions within the church gain a higher priority in planning and follow through than prayer.

While these realities are rising to a seeming point of no return, it is in this hour that we must wake up from our slothfulness and sleep. Romans 13:11 says, Besides this, knowing the time, it is already the hour for you to wake up from sleep, for now our salvation is nearer than when we first believed.

We are at a decisive point in time. Therefore, this is an undeniable moment and season, fixed by a sovereign God as a moment of destiny. God is at work and we cannot miss this season of decision and opportunity by being unresponsive and asleep.

A Call to Extraordinary Prayer and Urgent Action

The church must rise up in extraordinary prayer and urgent action. We must take desperate steps forward spiritually during these desperate times in which we live. With urgency in this hour, knowing the Lord could return at anytime, it is incumbent on us to rise up together now as His Church.

Therefore, I am pleading with our (church) Family to come together in clear agreement, visible union, and extraordinary prayer for the next Great Awakening and for the world to be reached for Christ.

Recently, I read a sermon by Dr. Billy Graham that he preached on October 14, 1993, at the Southern Baptist Theological Seminary. In this sermon, “Can Revival Come?”, Dr. Graham called for revival and awakening. In one sentence, he cast a vision that represents my overwhelming passion personally and for all (churches). He said, “An awakening can bring about evangelization of the world in our generation.” These words so resonate with my pleading with (churches) and beyond.

Surely we can embrace with clear agreement that spiritual revival personally, spiritual revival in the church, and spiritual awakening in the nation are all needed so we can accelerate our pace in reaching the world for Christ. Certainly we can deny ourselves, defer our own preferences, and visibly unite in extraordinary prayer for the next Great Awakening and for the world to be reached for Christ.

With conviction in this desperate hour, I want to call us to consider some unprecedented actions in our modern history that will move us into a season of extraordinary prayer as a convention of churches.

Join Dr. Ronnie Floyd, Mrs. Shirley Dobson, Dr. Billy Wilson and many others at the Prayer and Leadership Summit on October 16-18, 2015 in Colorado Springs, CO. Learn more at www.prayerleaders.org