On June 28, a prayer mobilization effort began to pray for 30 days for the Muslim World - concluding on July 27.

The 30 Days of Prayer for the Muslim World is a prayer focus which coincides yearly with Ramadan, an important month of fasting and religious observance for Muslims. Christians worldwide are called upon to make an intentional effort during that period to learn about, pray for and reach out to Muslim neighbors.

Join the millions of Christians around the world who regularly participate in this largest ongoing international prayer focus on the Muslim world. A new full-color prayer guide booklet—available in both adult and kids versions—is produced each year, and is a proven tool helping Christians to understand and to persistently pray for Muslim neighbors and nations.

The editorial work for this prayer movement was initially coordinated in Australia, then in France and is currently managed in Germany. The North American edition has been published continuously since 1993 by WorldChristian.com.

It is our sincere desire that Muslims around the world would have the opportunity to freely understand and consider the Good News—Jesus Christ. To learn more and to join in this 30-day prayer movement, click here 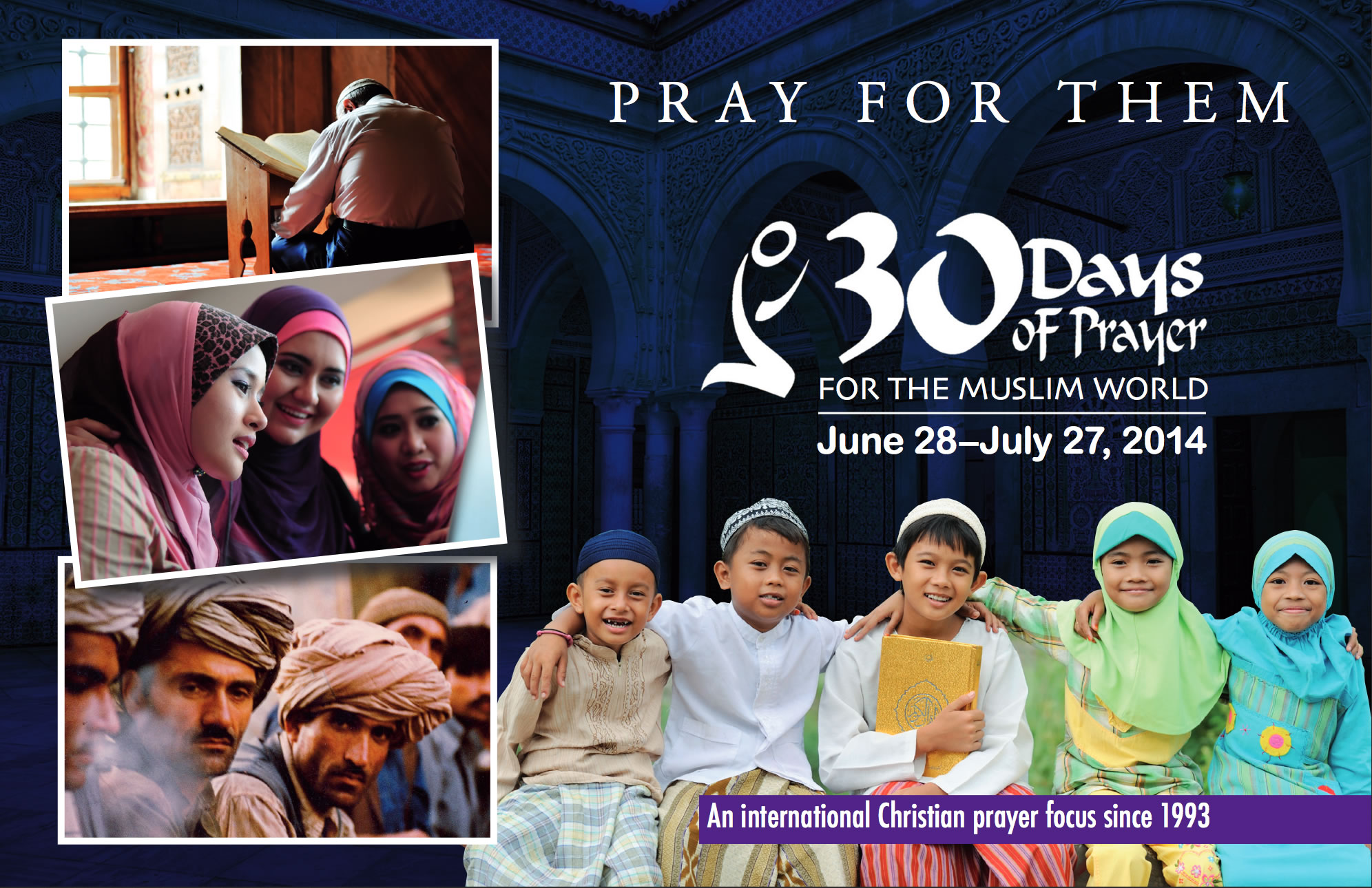